Project concept has been formed based on integrity and unity between blocks. Residential blocks are turned 220 SE, based on climate, and are established on two perpendicular axis in the site. Total form of them is like which is pervading unity to the whole project. However, blocks are properly separated to provide air conditioning for other blocks as well.

Blocks combination with each other is providing the maximum view to Holy Shrine. The quality of shaping blocks has made two main yard and an entrance in both eastern and western edges along new Pedestrian Boulevard as well as two smaller yards in the northern and southern edges. The main entrance and sidelong yards along with new boulevard, opening toward west according to detailed plan, beside commercial entrances with various yards and sunken gardens are creating attraction to the pedestrian route. This spatial opening along the main routes, are washing out the pedestrian interferences to access residential and commercial blocks and provided their connections.

As it has been mentioned, providing integrity between residential blocks and unity among different parts of it are one of the major properties of this design which has been separated according to mentioned limitations and detailed plan. Therefore, a frame-shaped membrane has been applied on top of the towers to provide integrity to play the role of shadow. Mass design based on creating gardens and yards on the floors was one of the ideas. As the main sidelong pedestrian and new commercial boulevards have been assigned regionally, residential blocks are separated while public areas are including neighborhood units. Providing separated yards (9-8 sq. m balconies) for each of the units in which are green and open spaces beside residential units and will make this area to be seen as an overhung garden continued from roof to the ground. Pervading green areas beneath the terminal suits which are increasing the sense of transudation of the green spaces beneath the roof and will distinguish it from other urban spaces as well as increasing the value of these units.

Each of the units in residential design, regarding integrity of the complex, has a specific identity and the sense of belonging to the place as well as security has been provided by applying spatial hierarchy. This hierarchy is acting as a filter by separating public and private sections regarding entrance area. Bedrooms and bathroom is separated from living room while the kitchen is the connection between them. Each of these spaces has windows, views and natural light as well as an 8-9 (sq. m) semi-open area (balcony) as a small yard which will provide fresh and light environment for the units. These small yards are the connection ring between the apartment and the identity of a house which links the past to the present. Presence of these yards upon each other is giving beautiful view and landscape to these residential units. An entrance has been assigned to reduce the connection areas in the center of the apartment and each apartment is using light from SE/NE or NE/SW. to establish apartment units, view to the Holy Shrine was priority and a proper view has been created for the living rooms.

Altogether, general detailed view of the component approach has been considered as a patter in designing the residential units which is reflecting the relation between society and family. 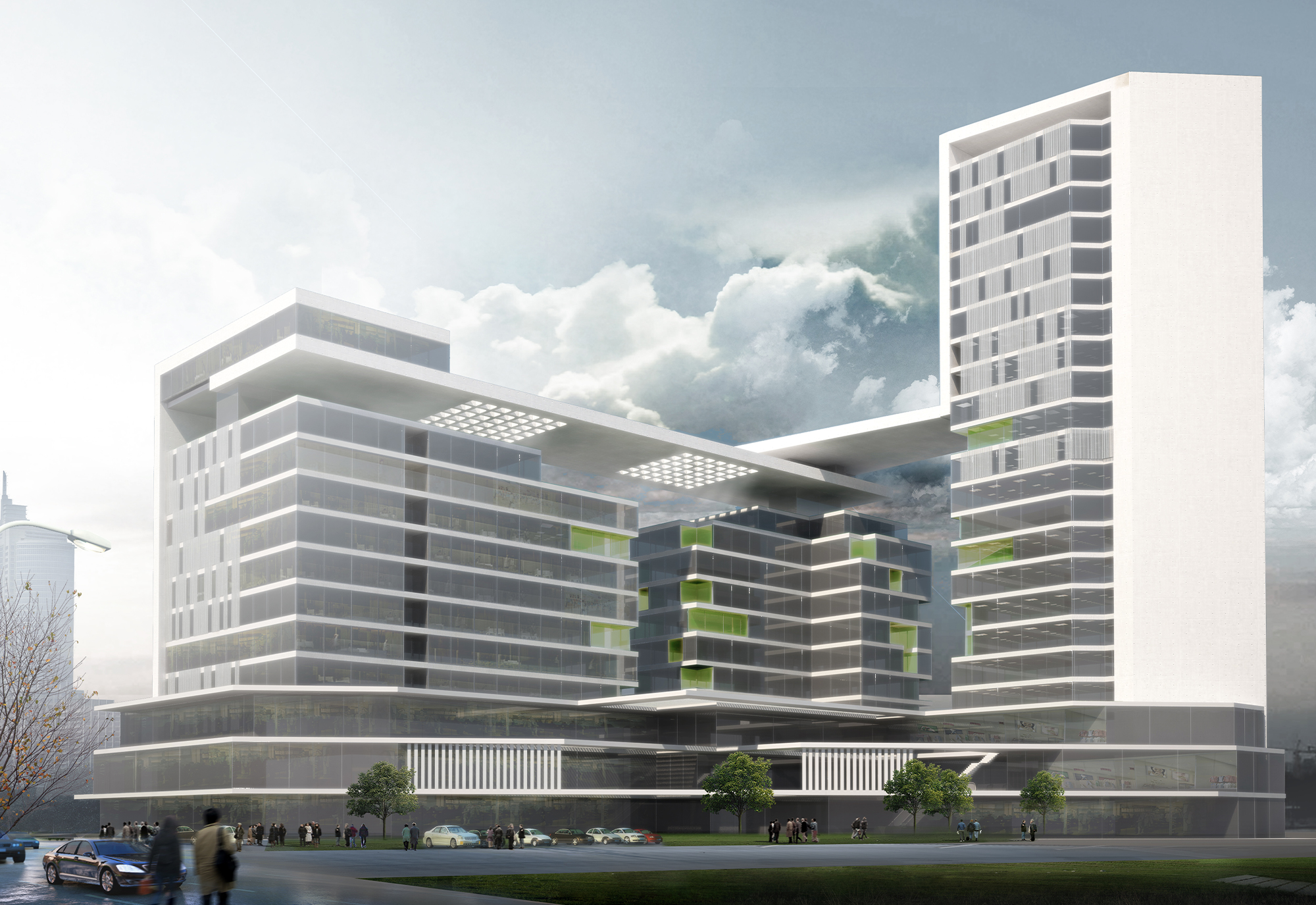 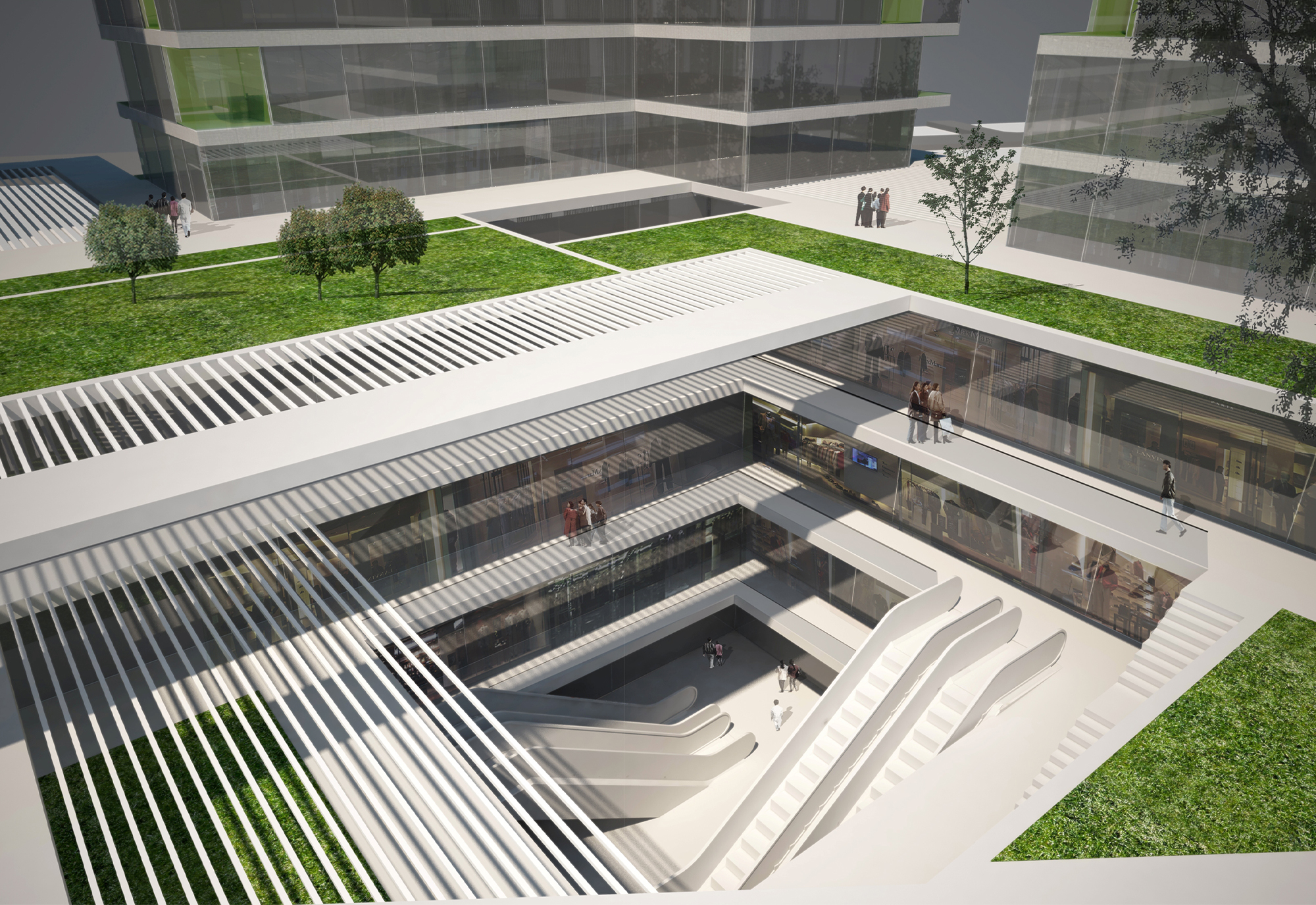 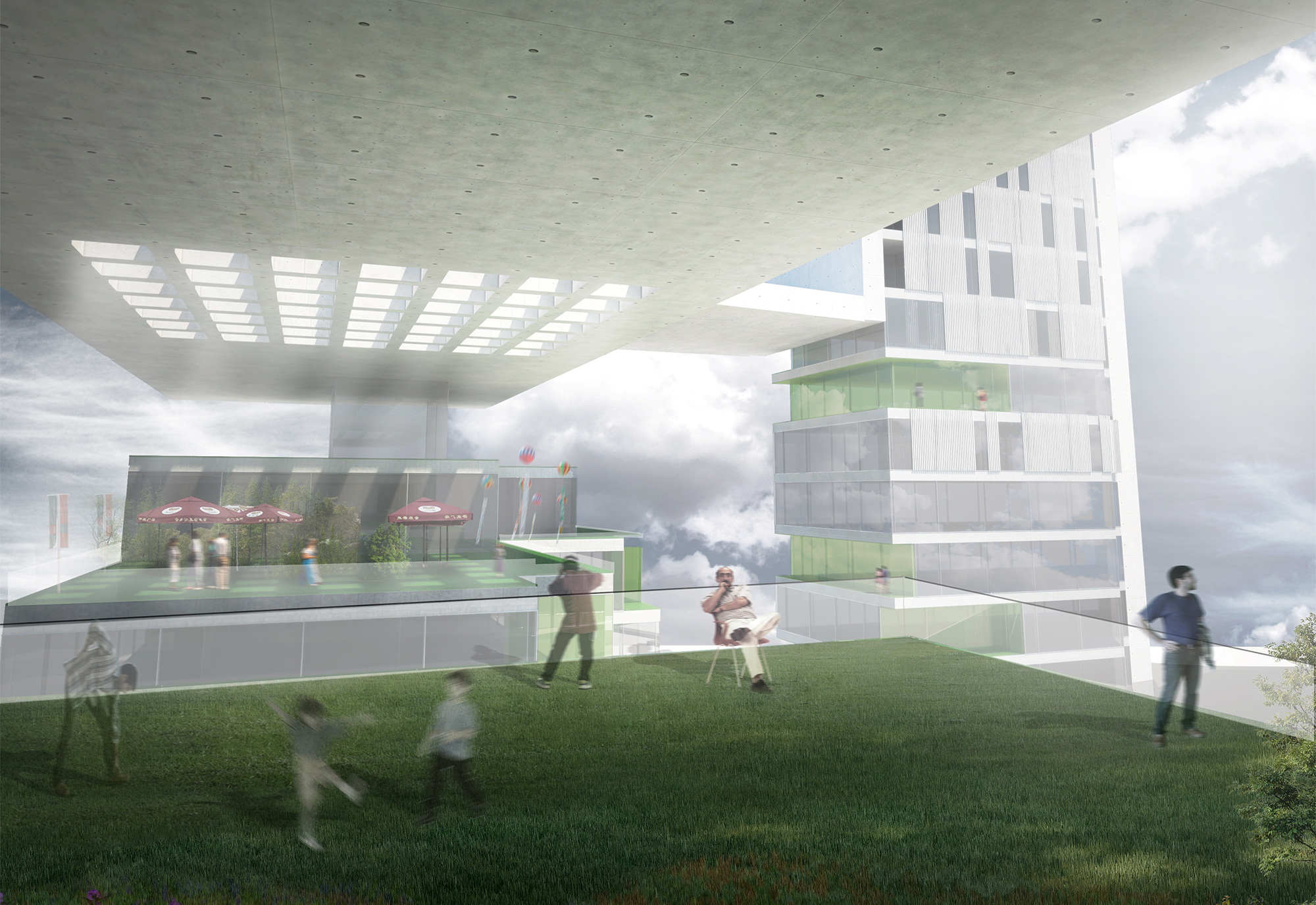 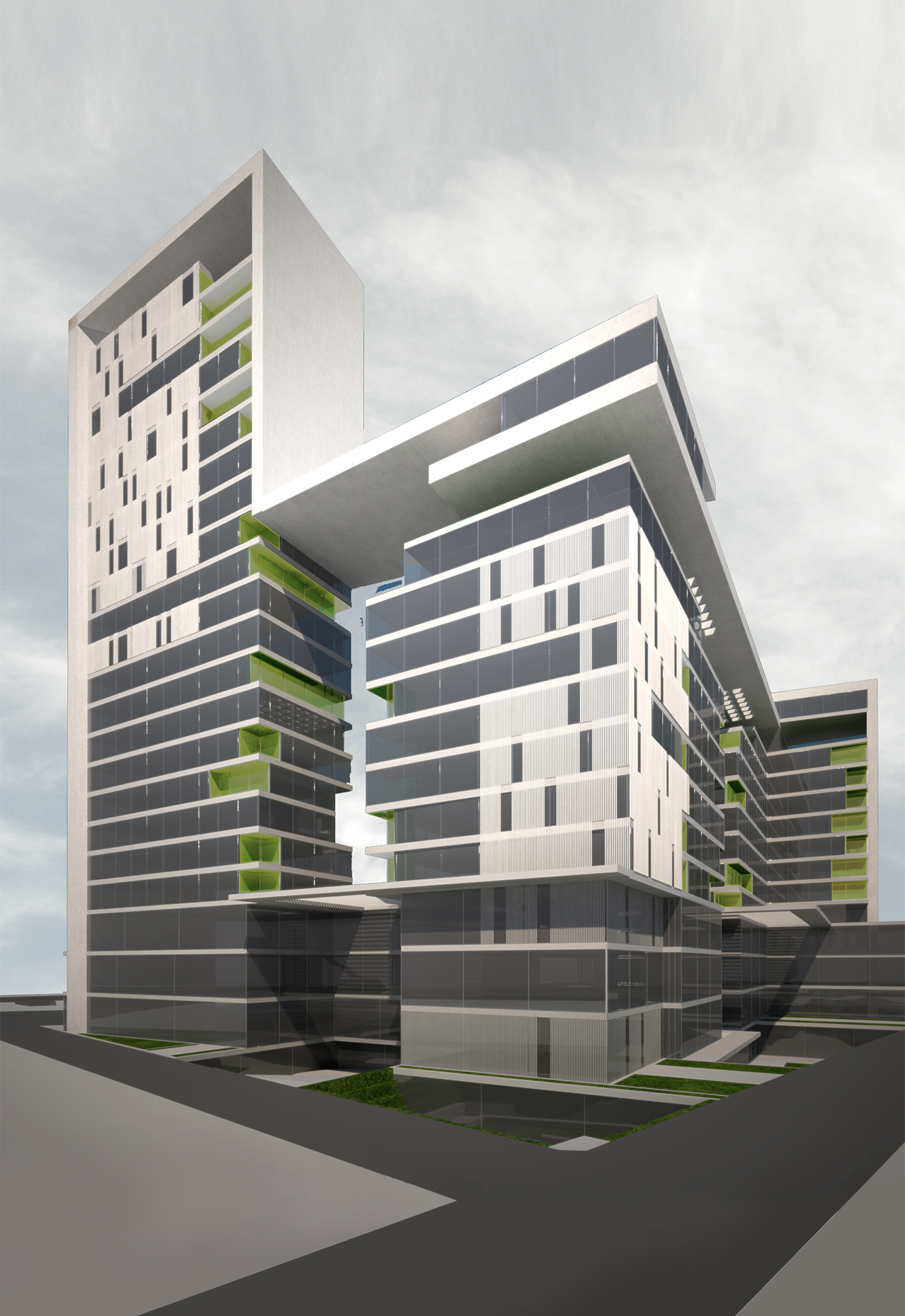 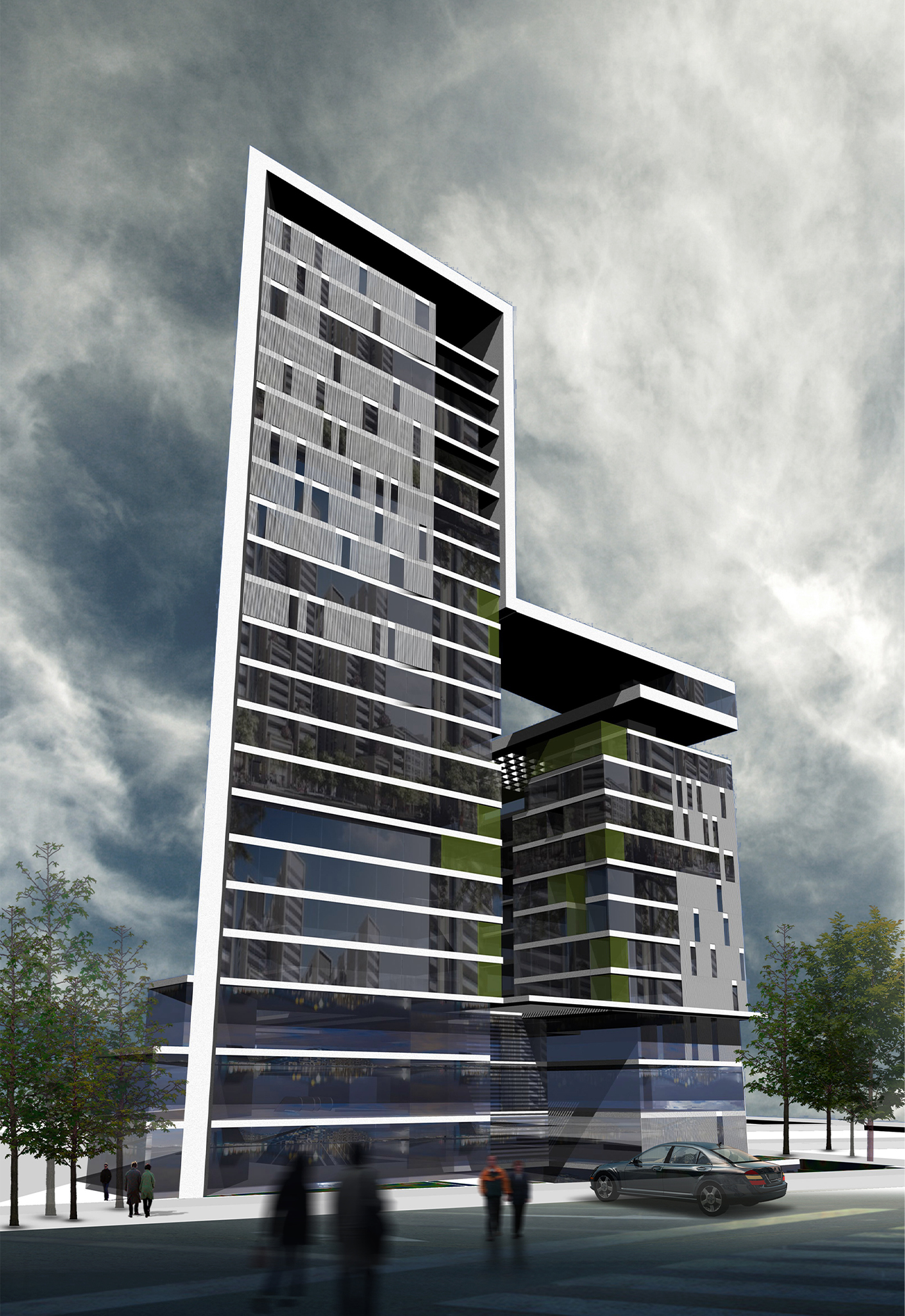 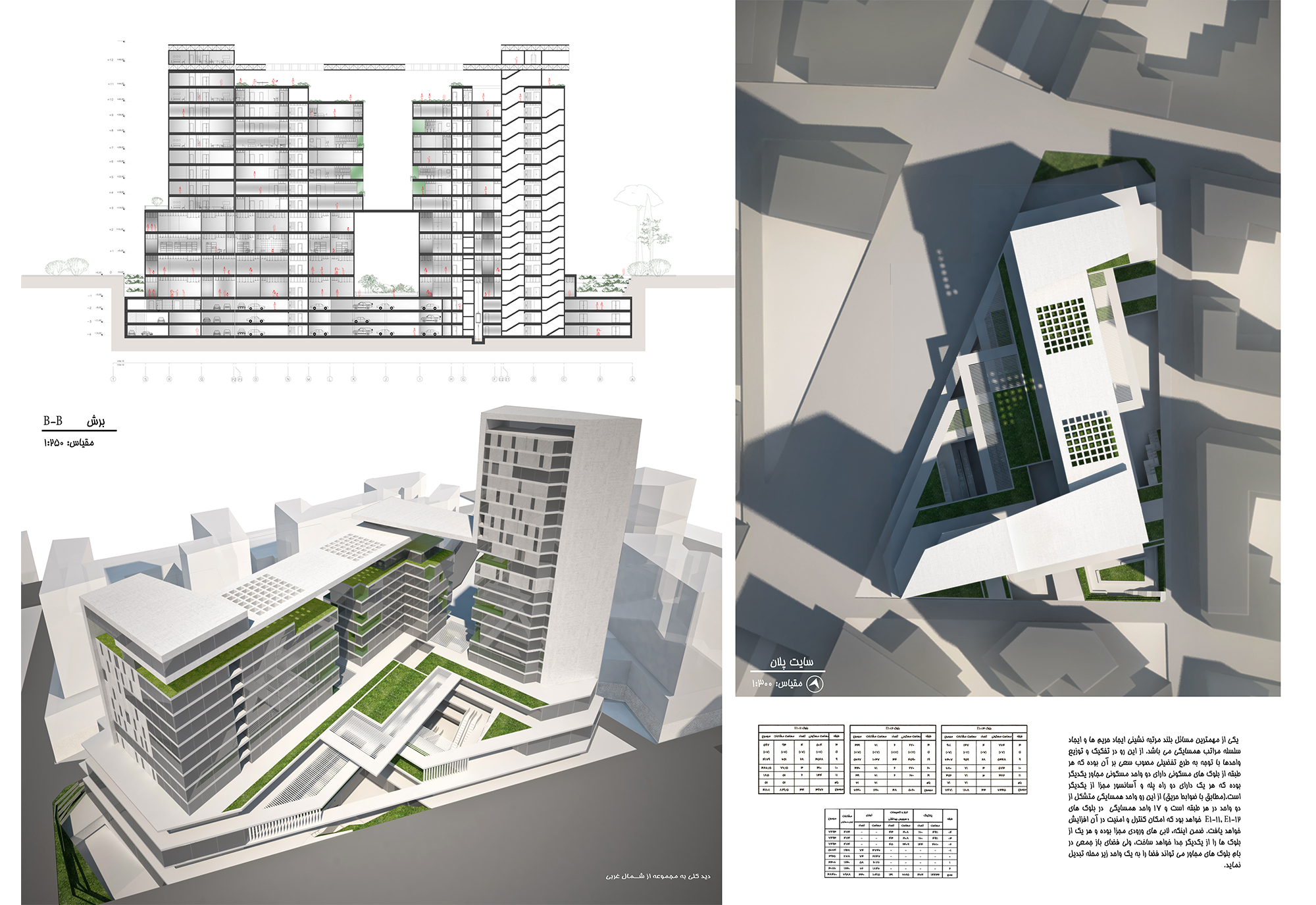