Shams Tabrizi Tomb Complex design has been formed based on spiritual theories and viewpoints recognized from Shams character as well as his relation with Mowlana. However, some concepts had been considered among available information and documents, beside qualitative and quantitative indexes and architectural design criteria, which could be used to shape the design.

Persian garden is the main pattern in spatial framework plan of “Shams Tabrizi Tomb”; a space which softens up the climate as well as comforting human spirit, while replicating “the Heaven” had been impressed its architects mind.

The tomb has been located in the middle of the garden in shape of an Iranian garden summerhouse; it has been tried to provide a spiritual air in the way to the building by designing proper landscape, trees and fountain.

Bulk design, complex space and building location hierarchy are based on 7 realms of mysticism in which requested functions and their location in the site become compatible with each realms name and contents:

Demand: complex entrances and introduction, conference, performance and meeting characteristic functions are located in this section

Love: this phase is shaping in form of the complex major yard. It has been tried to provide various perspectives, views and movements by locating mass green spaces, pools and waterfalls.

Wisdom: scientific and research related land uses have been located in this section. Amphitheater, open-air scene, researchers’ residents and halls are such these land uses.

Disdain: The tomb complex is located in this part. Disdain is the milestone of mysticism and independence is its identity.

Monotheism: Land uses with identity of monotheism are located in this section: mosque, monastery and Mathnawi readings. Concept of approach to eternity has been shown in this part.

Wonder: it has been tried to present a symbolic perspective of wisdom by using different types of water motions in this section.

Perish: symbolic picture of travel toward the sky has been designed in this part by combining some elements with existing minarets.

Various issues have been considered in the architectural design of the complex buildings summarized as follows: 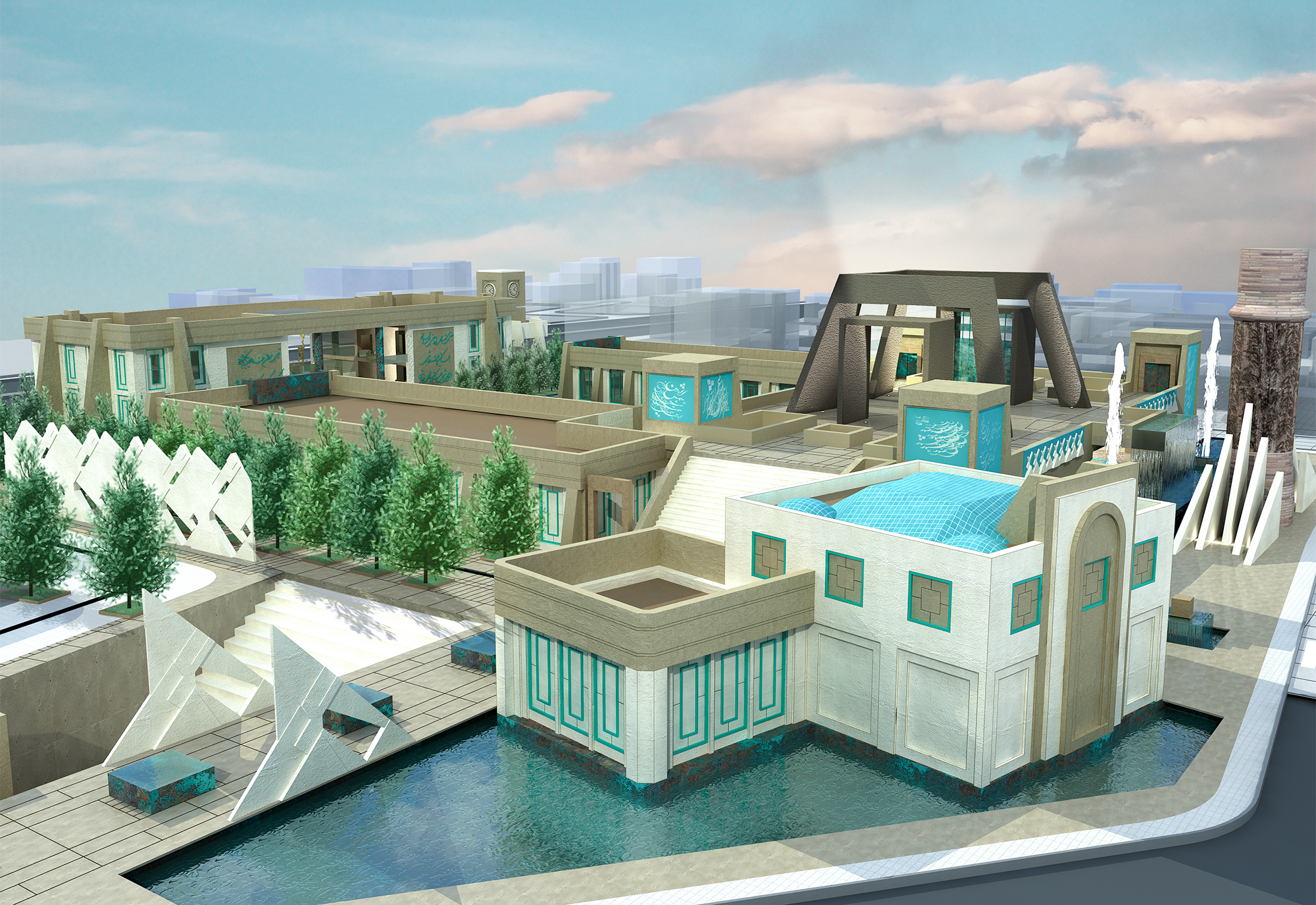 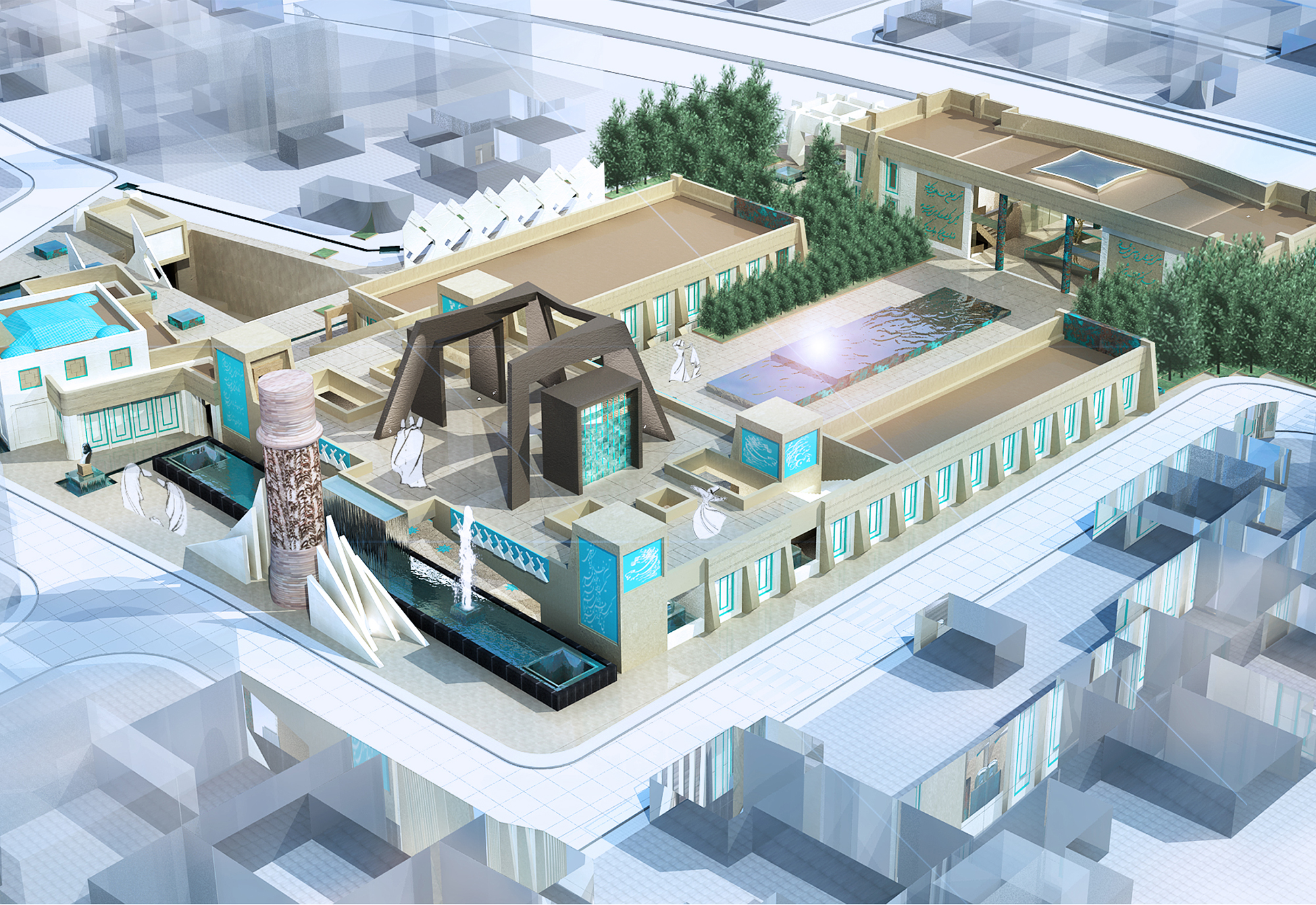 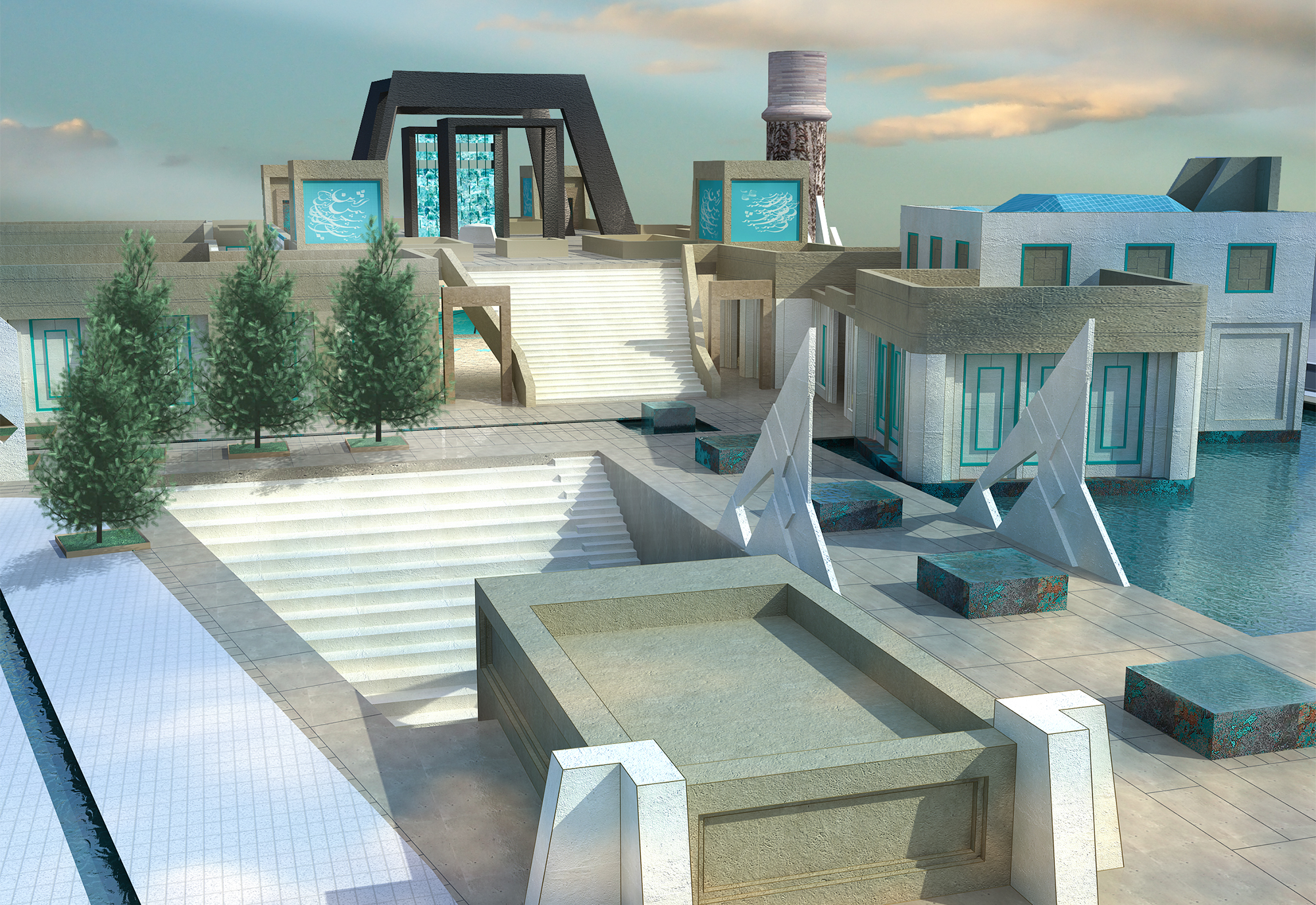 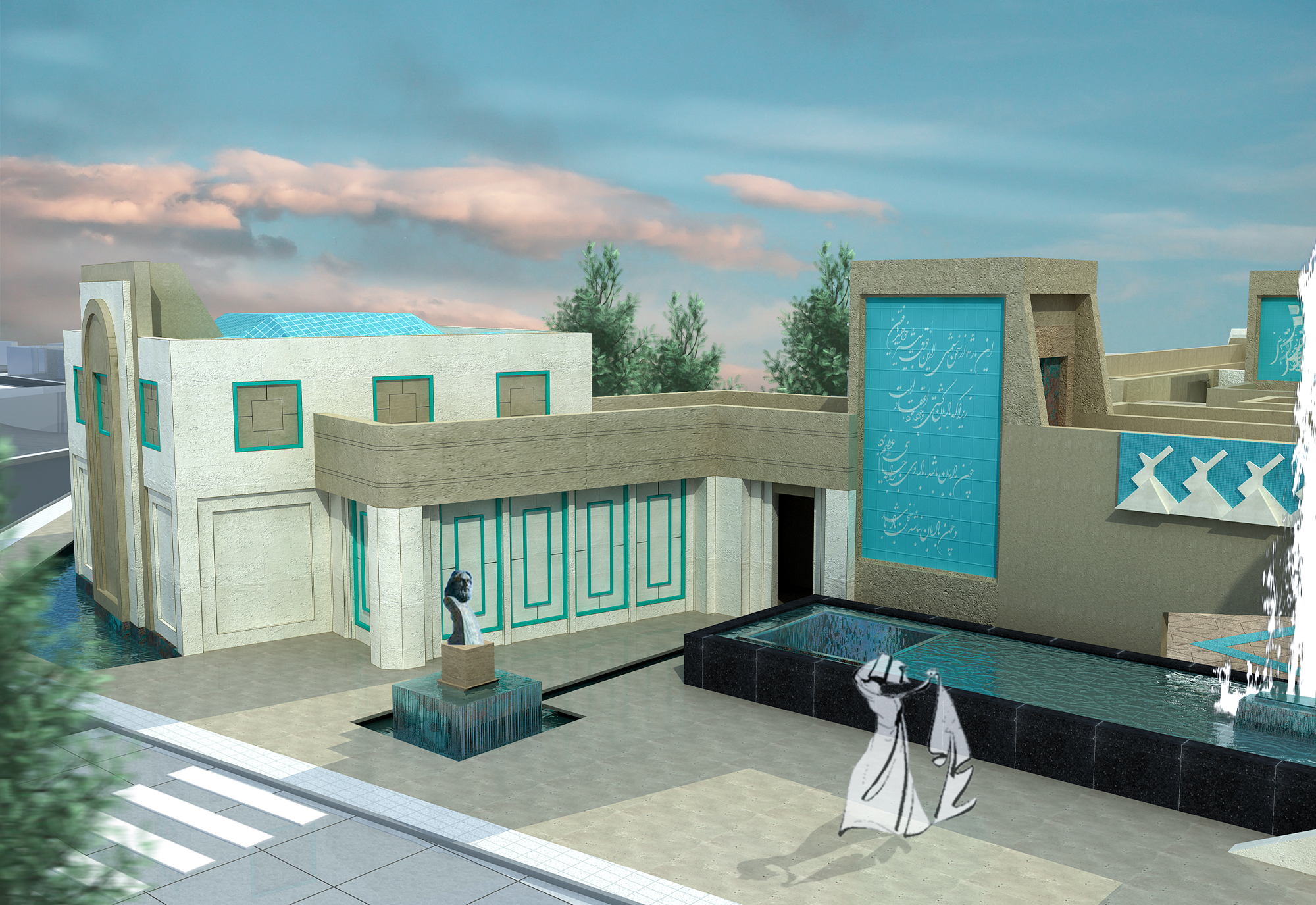 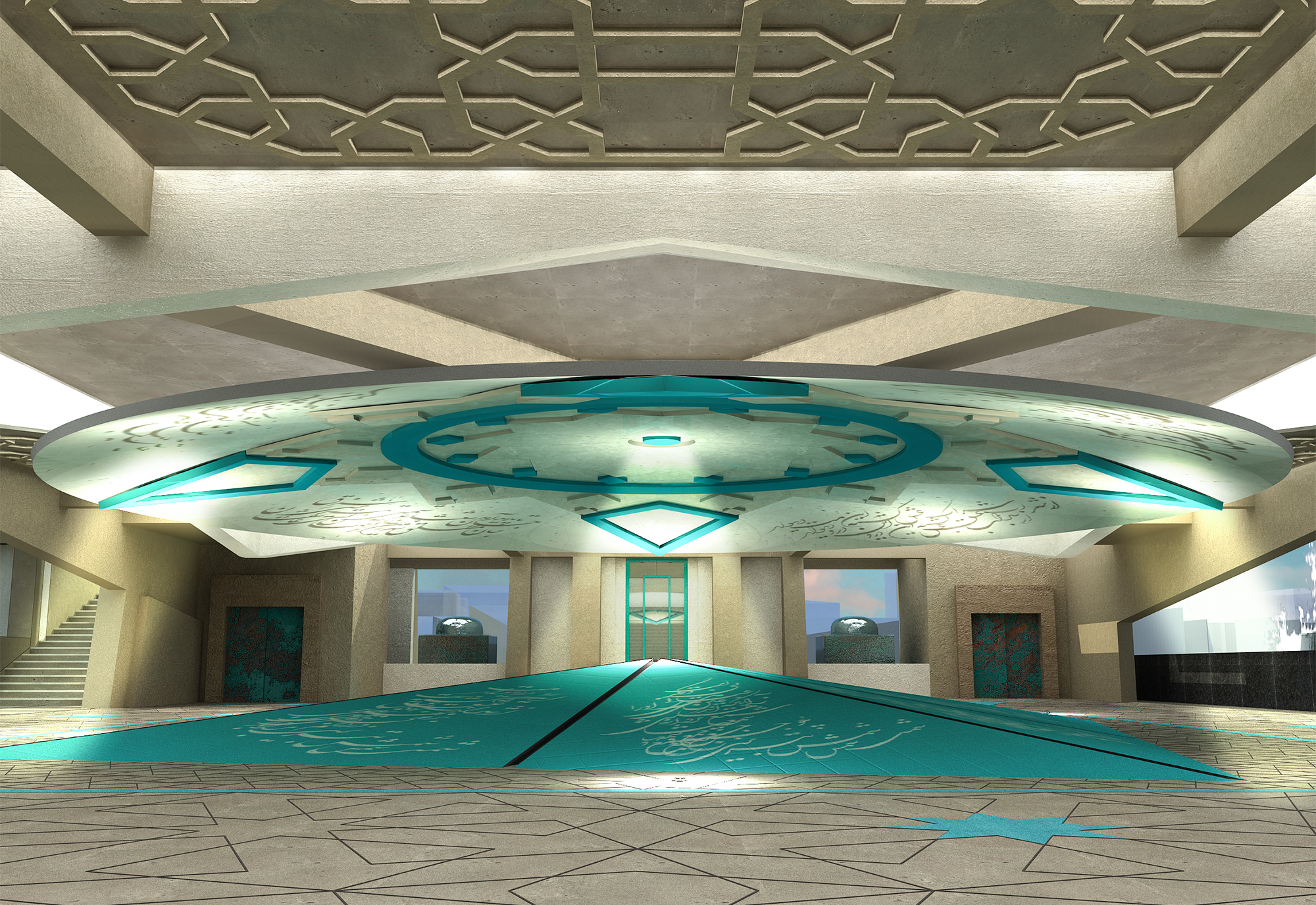 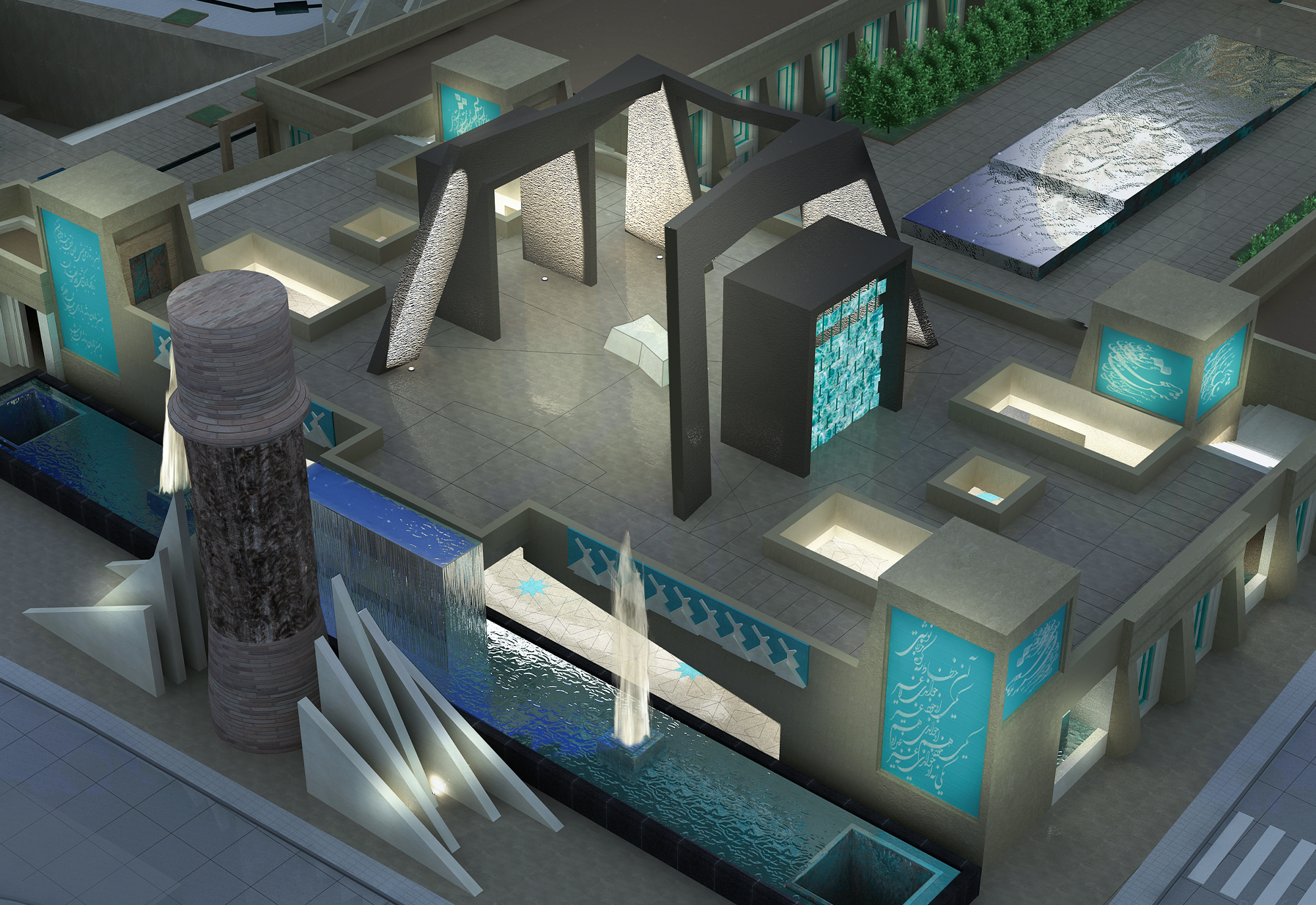 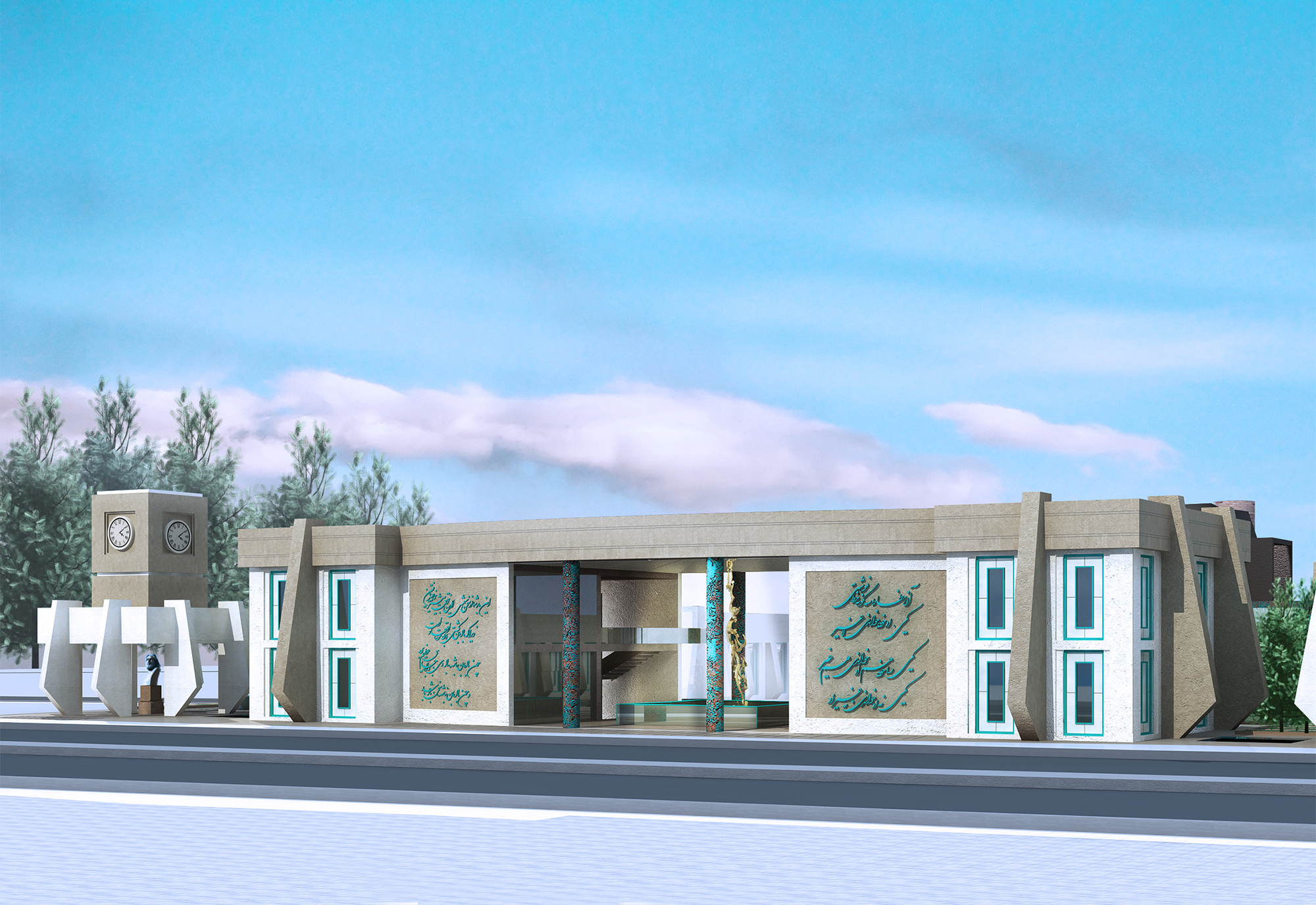 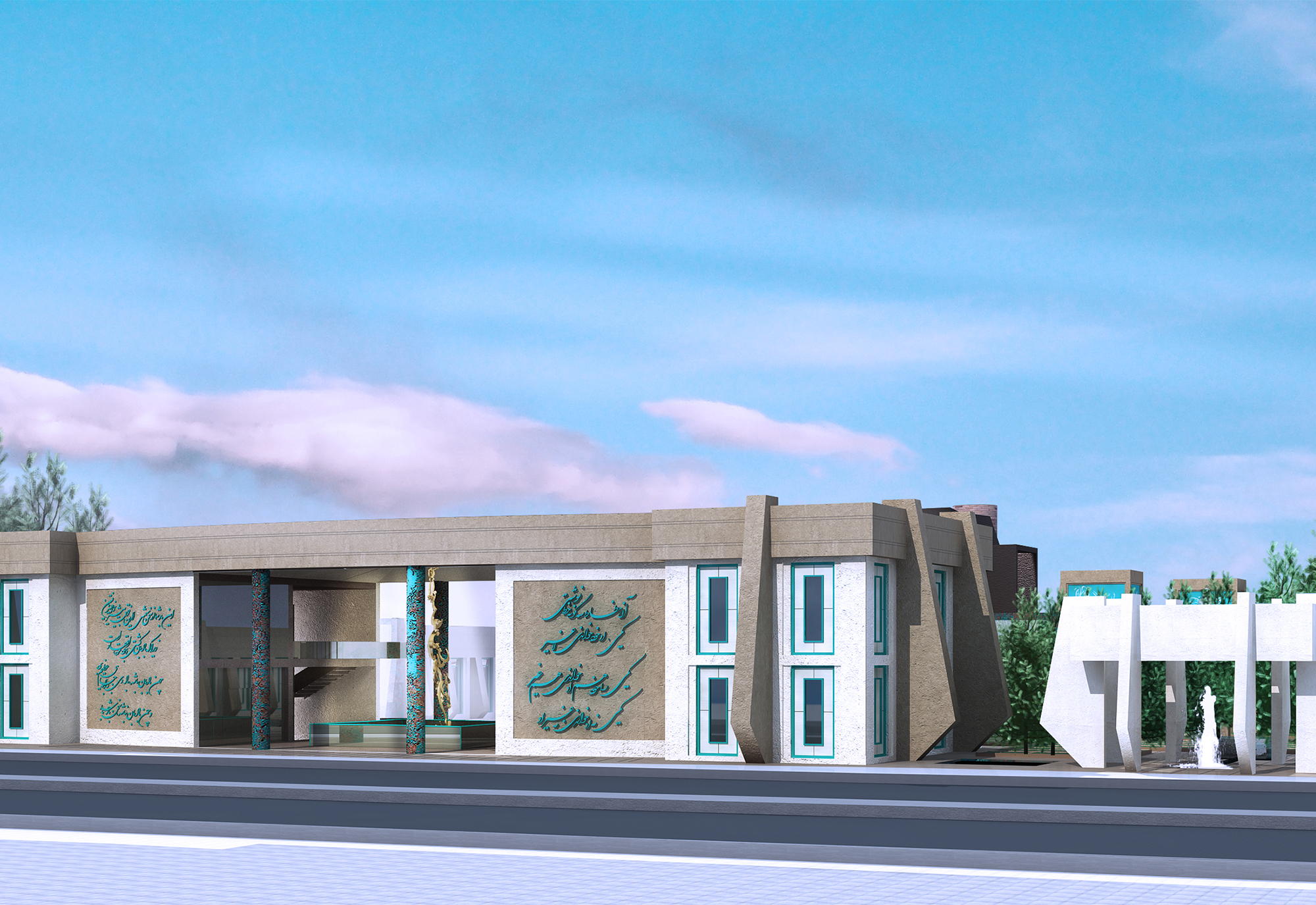