Favaran Consulting Engineers started its cooperation with Mehr Eghtesad Bank in November 2015 by an architectural design pattern for the bank’s branches. After the final approval of the pattern provided by the client, the design of 20 branches was started by the consultant. The names of some of these branches are as follows: Bardaskan branch, Data Center building, Kharaameh branch, Ahvaz Zand branch, Babolsar branch, Khoraasgan branch, Fajr branch, Baagh Bahadoran branch, Mehriz branch, Isfahan Jai branch, Kerman branch, Fars Galedaari branch, Seyed Mosque branch, Nazi-abad branch, Branch Mohajeran, Bushehr Jam Branch, Mahdishahr Branch. Before March 2017, when this cooperation ended, the design and technical supervision of several office buildings and entertainment complexes were entrusted to the consultant by the employer. The bank supervision building of Hormozgan province has been designed with an area of 5000 square meters. Adaptation to the climatic conditions of the region and considering the principles of green architecture are among the features that have been seriously considered in the design of this building. 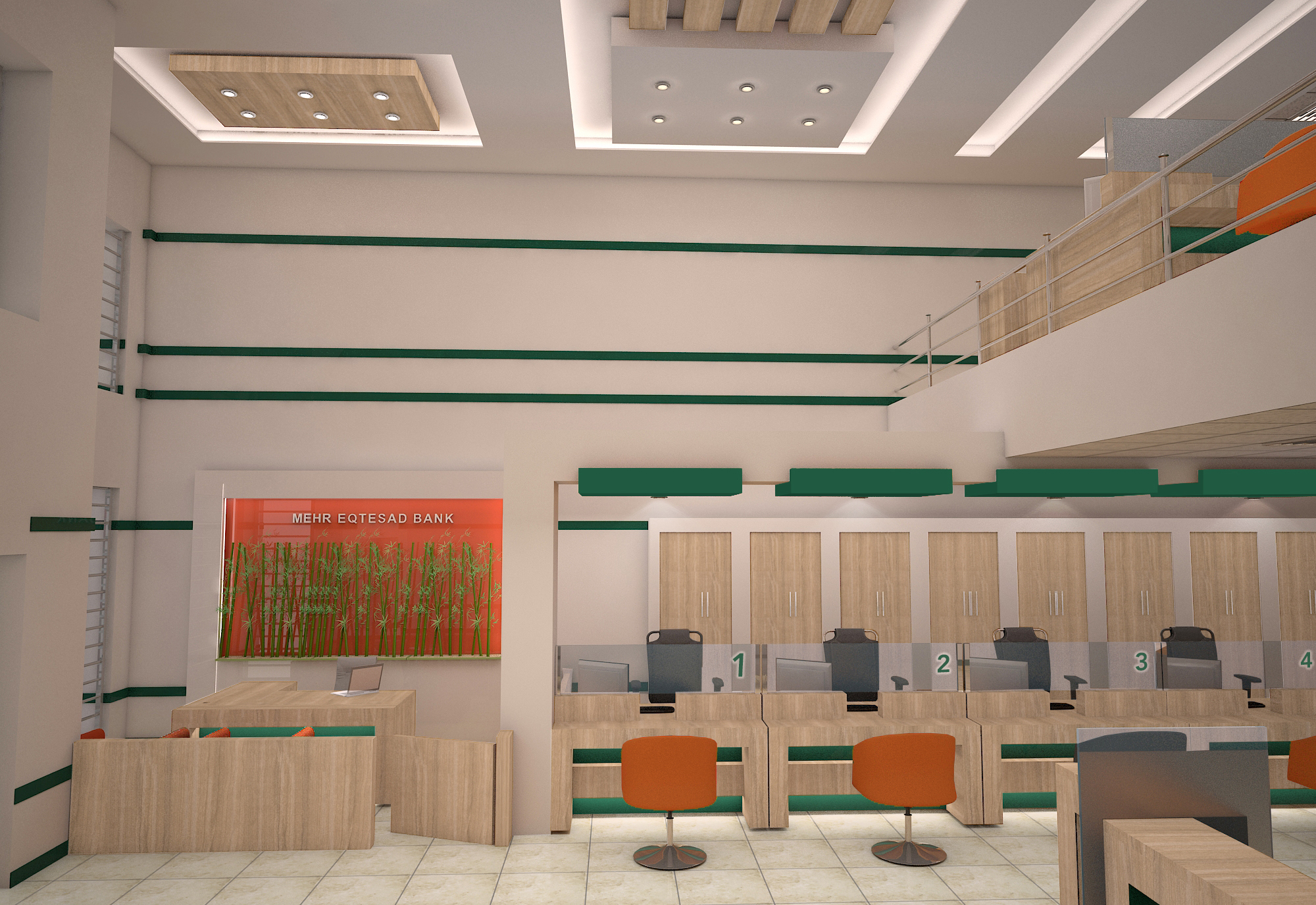 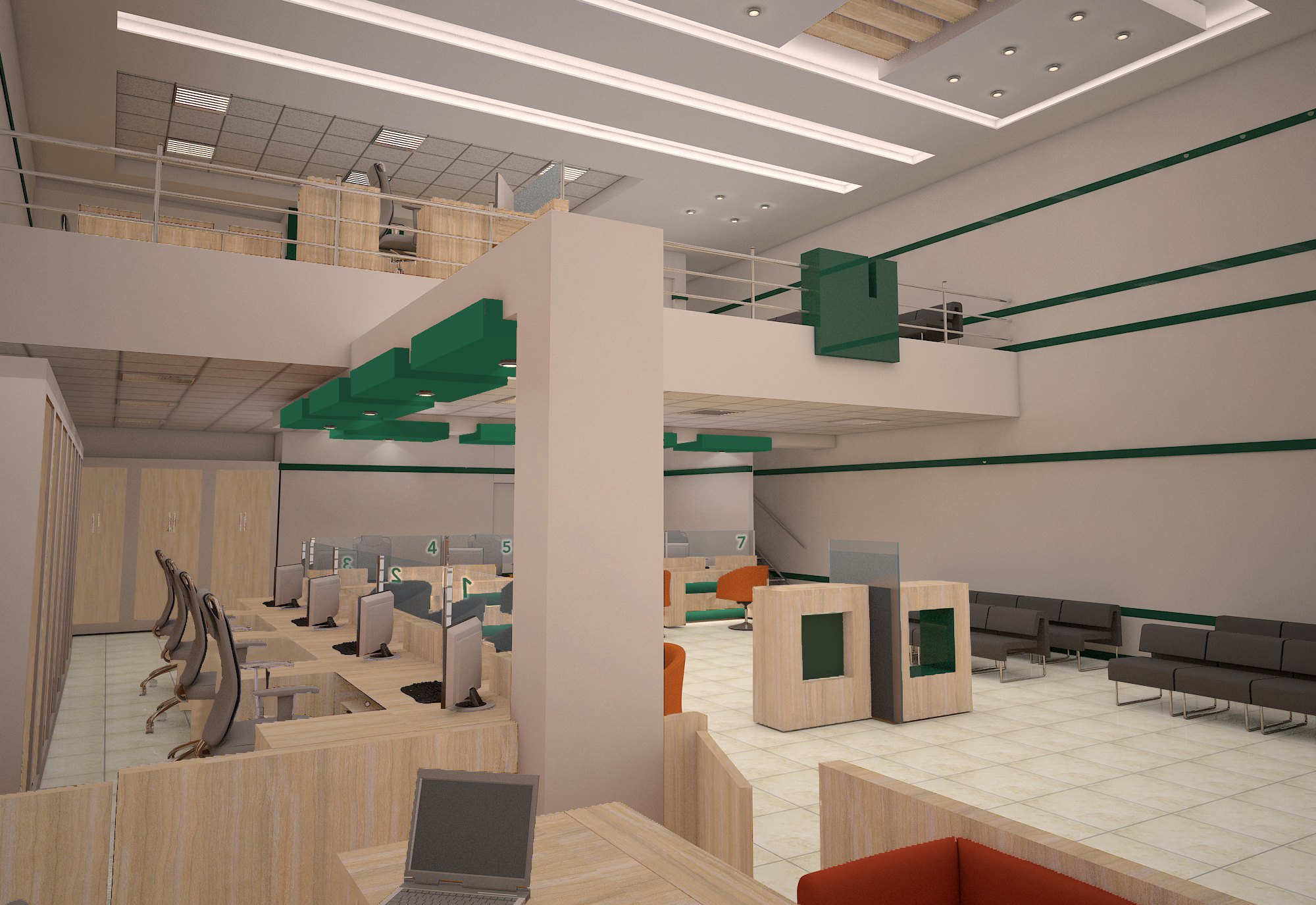 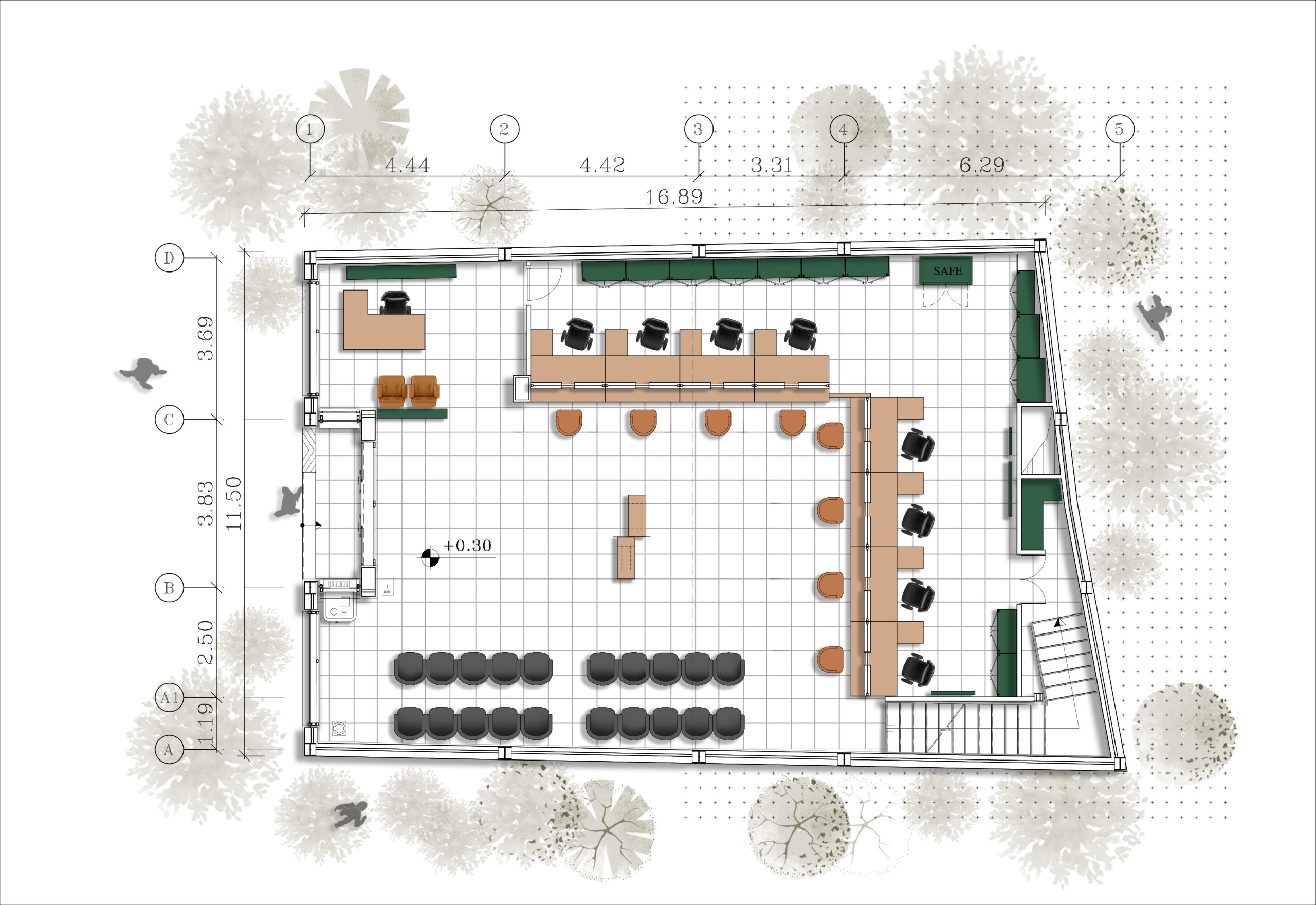 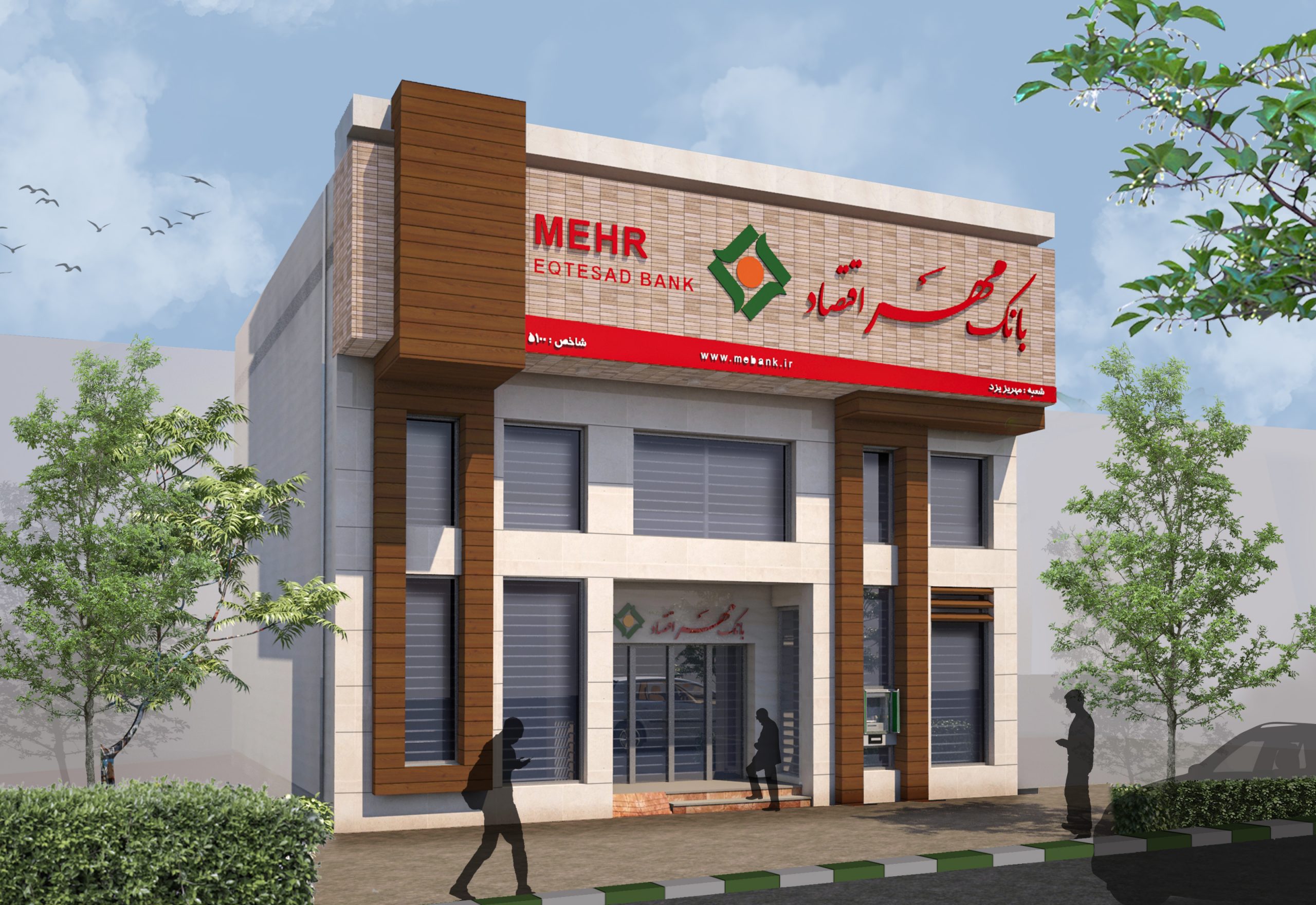 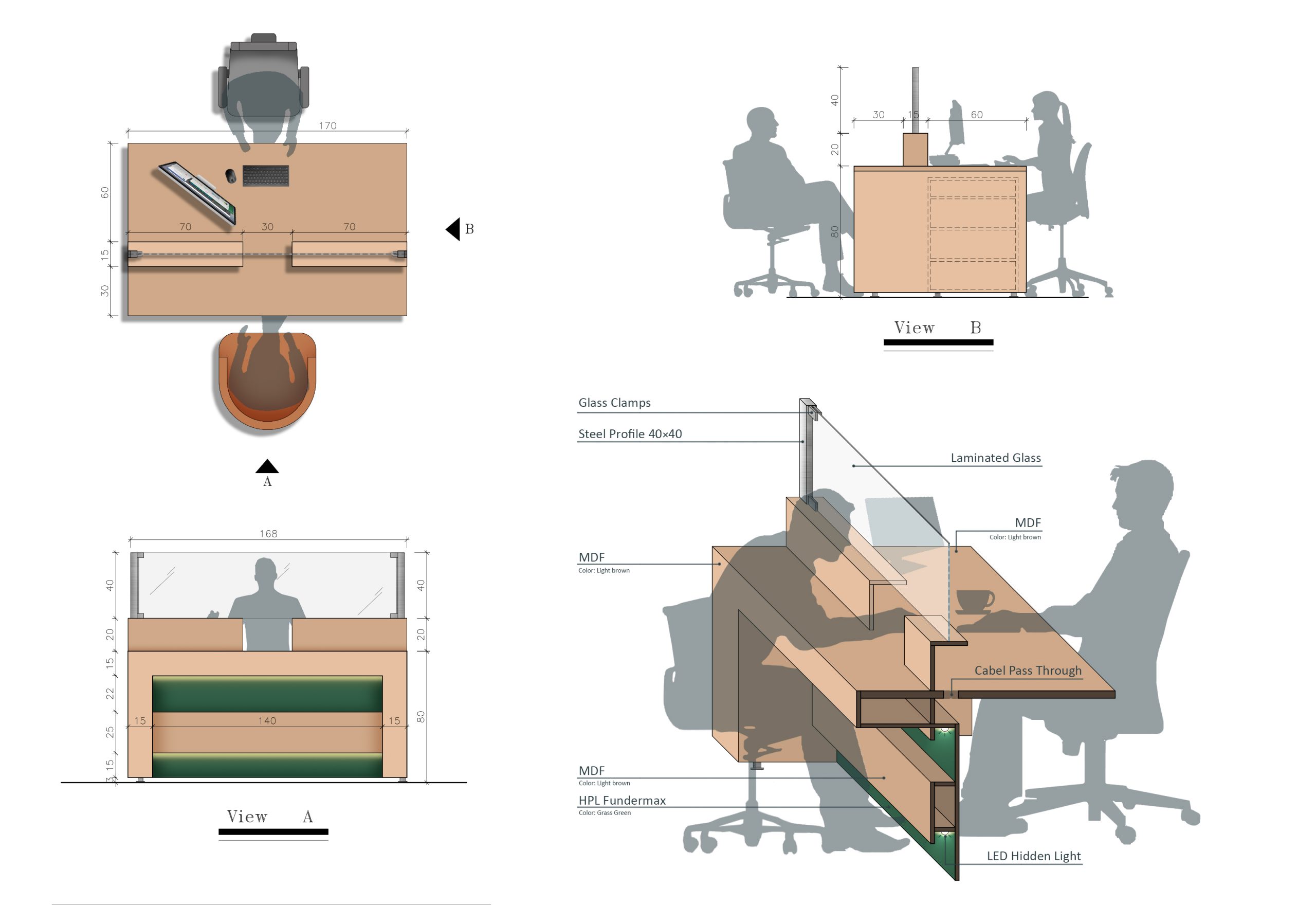 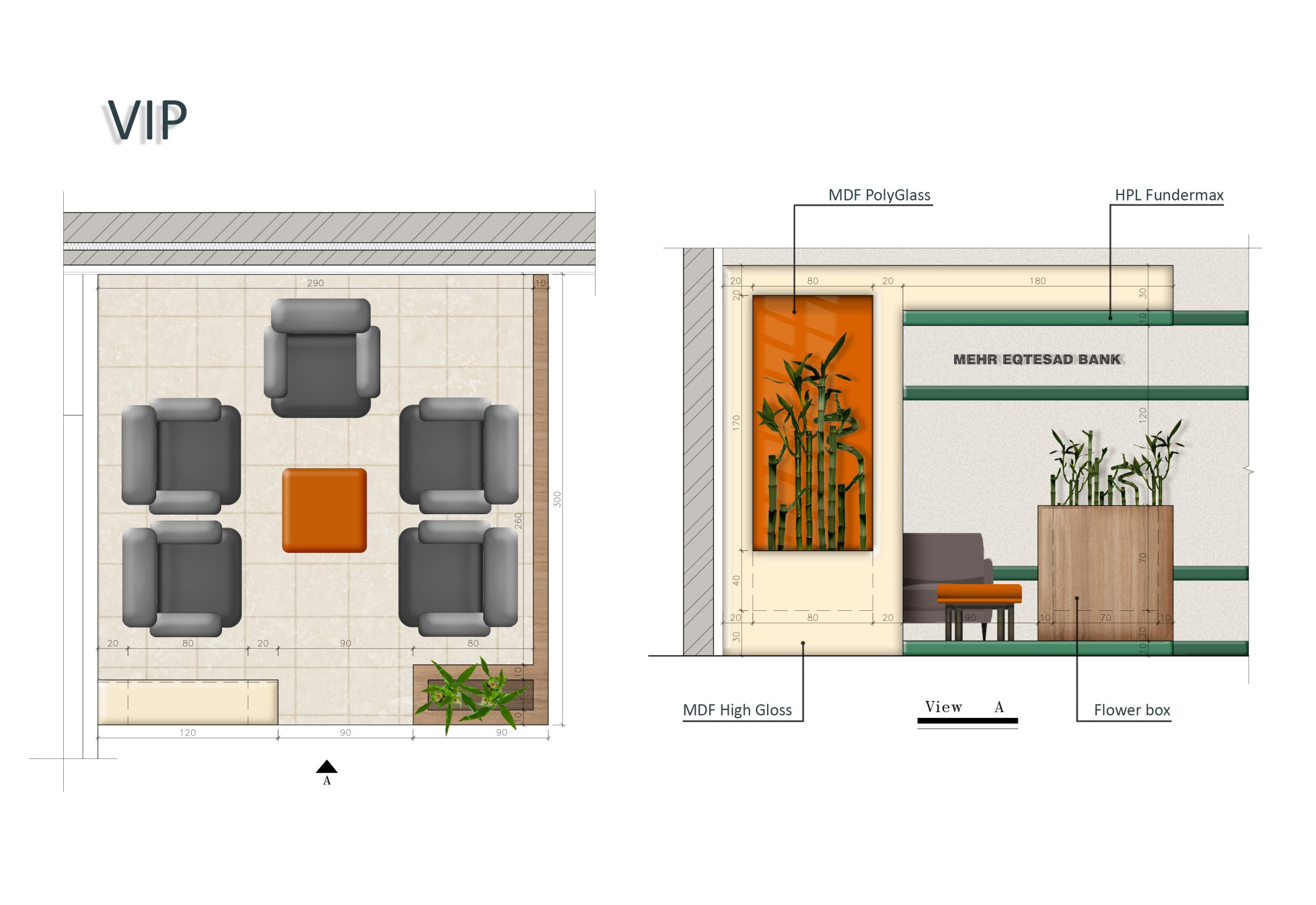 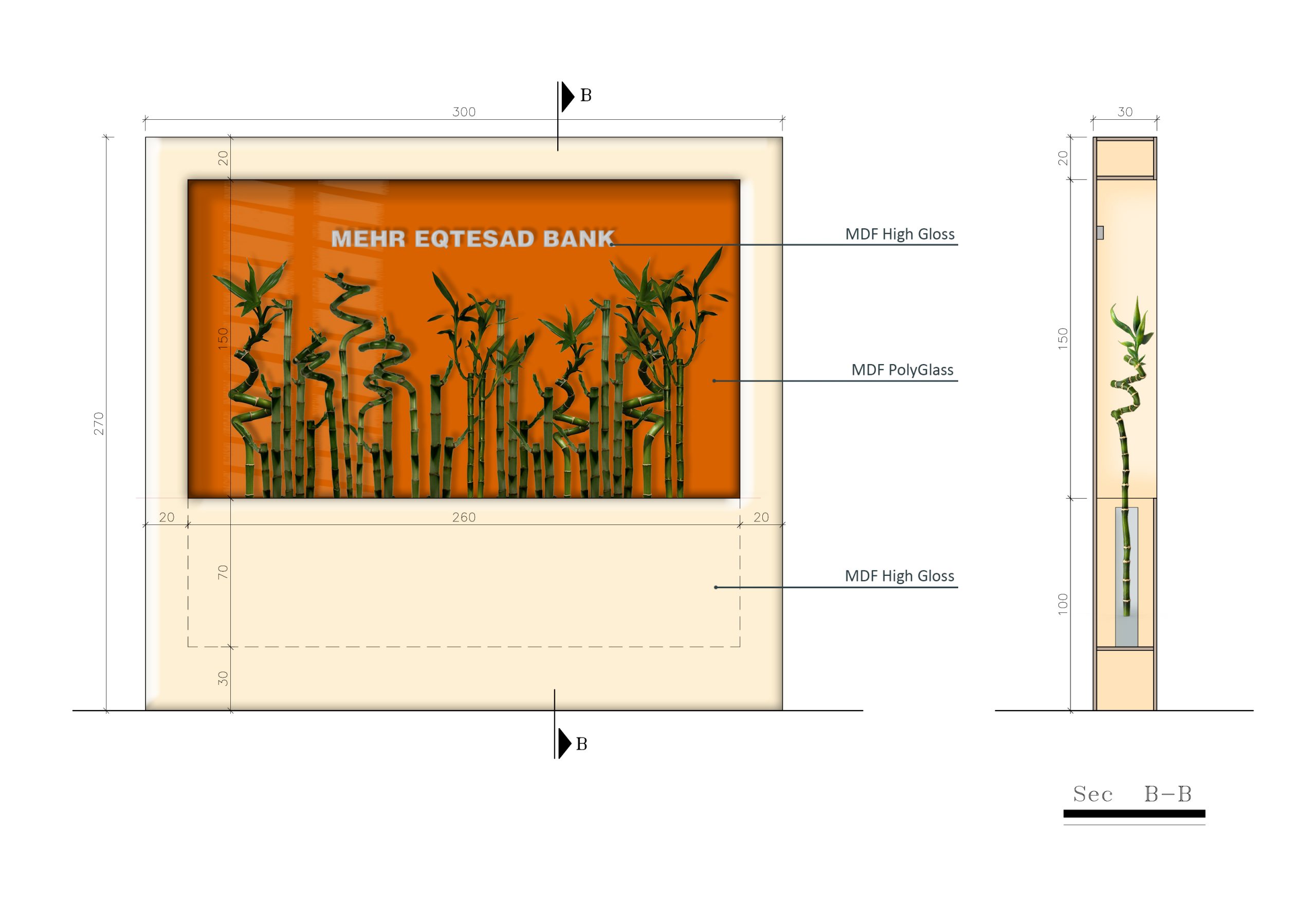