In the master plan of the projectand considering the separation of this 2.2 hectares beach land from the rest of the project, independent land use with a recreational-tourist function that can be used by all tourists and residents has been proposed. The major function of this project has been assigned to the spa and mindfulness center in two separated sections for women and men.
All the necessary user-related spaces mentioned in the physical planning and spatial diagrams are given in the proposed design.
The architectural concept of the design is inspired by the old rural fabric of Kish Island in the village of Saffein which is one of its most important features of successive spaces (full and empty spaces) and continuous inside movement. Moreover, the creation of spatial openings with different functions and also, green spaces appropriate to the local environment are other issues that have been considered in the formation of the project.

The architectural design of the project is completely “introverted”, therefore, due to its physical and functional characteristics, it is necessary that the view be enclosed from the outside to the inside. To the confinement of the design to create diverse views, design pleasant spaces and green walls have been used that provide light and inside view of the complex. Furthermore, In some parts of the project, such as residential suites, the main restaurant and the central walkway, it is possible to see the Persian Gulf, which has played an important role in the formation of the form.The various forms and also colors, materials and elements used in the facade of the complex are inspired from the settlements of the Persian Gulf, such as Laft, Kong, and Bushehr. Special ornaments, openings, and windows, as well as various facade elements with continuous rhythms in the bodies of buildings are among the features of the native architecture of this region. 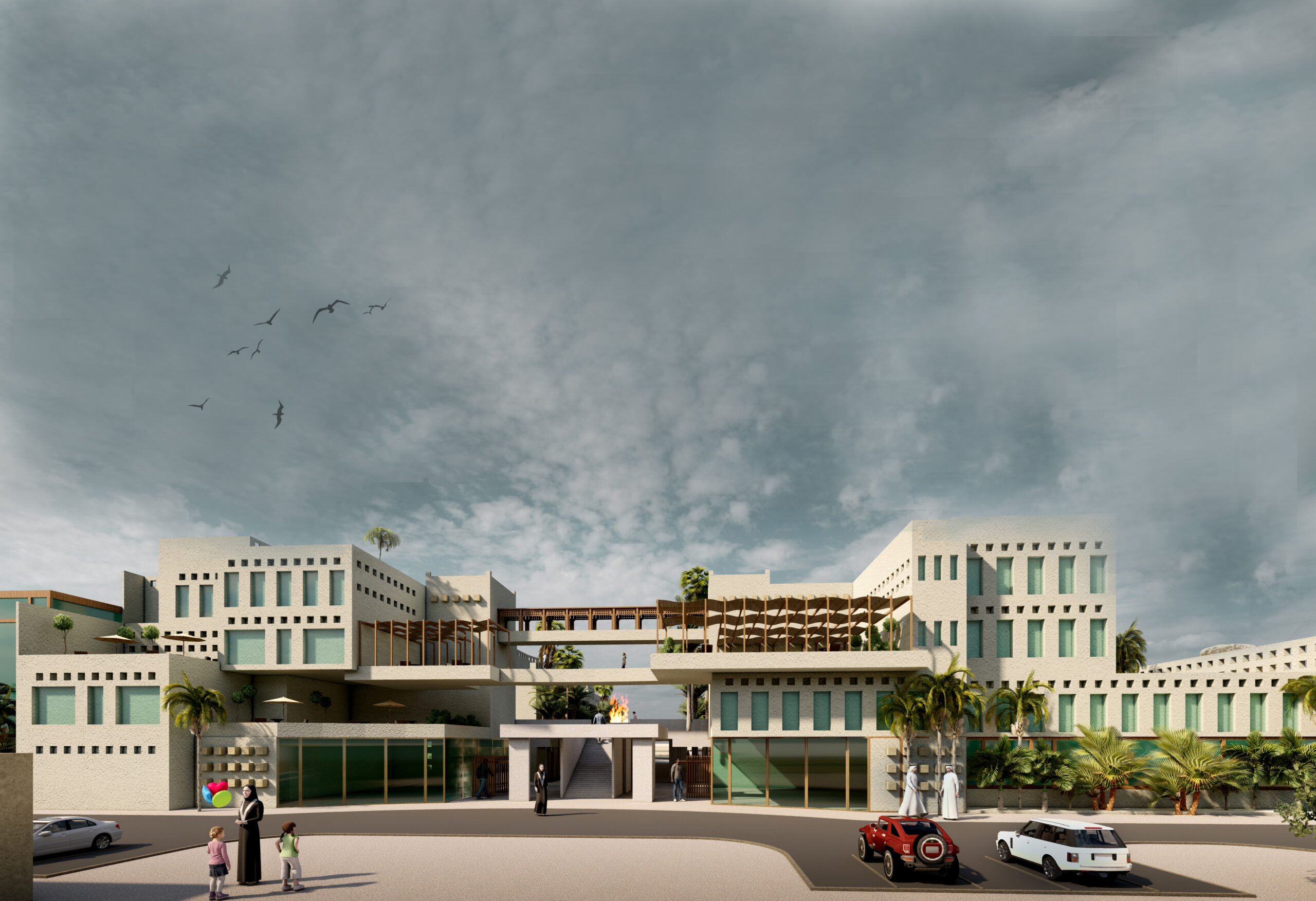 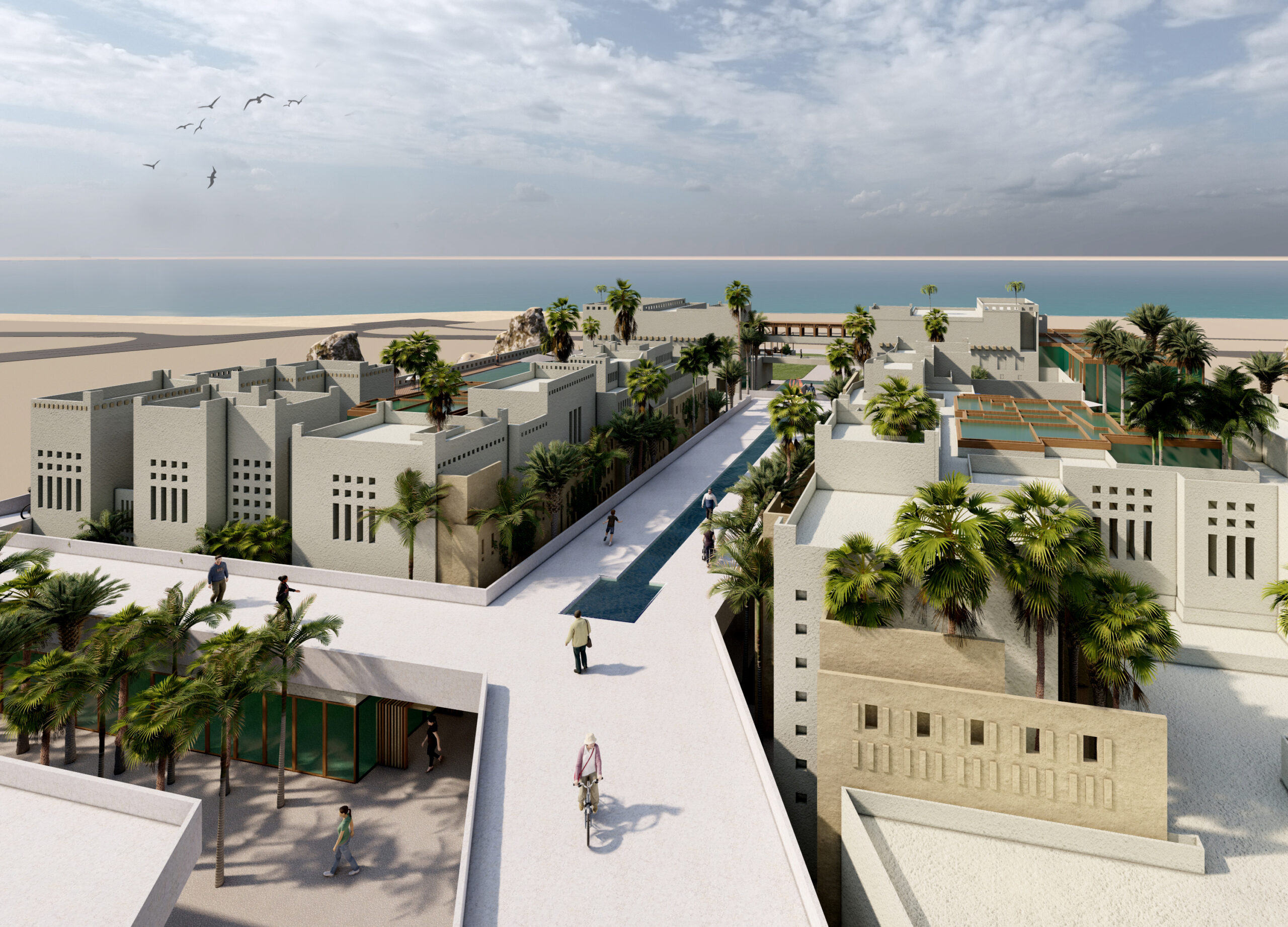 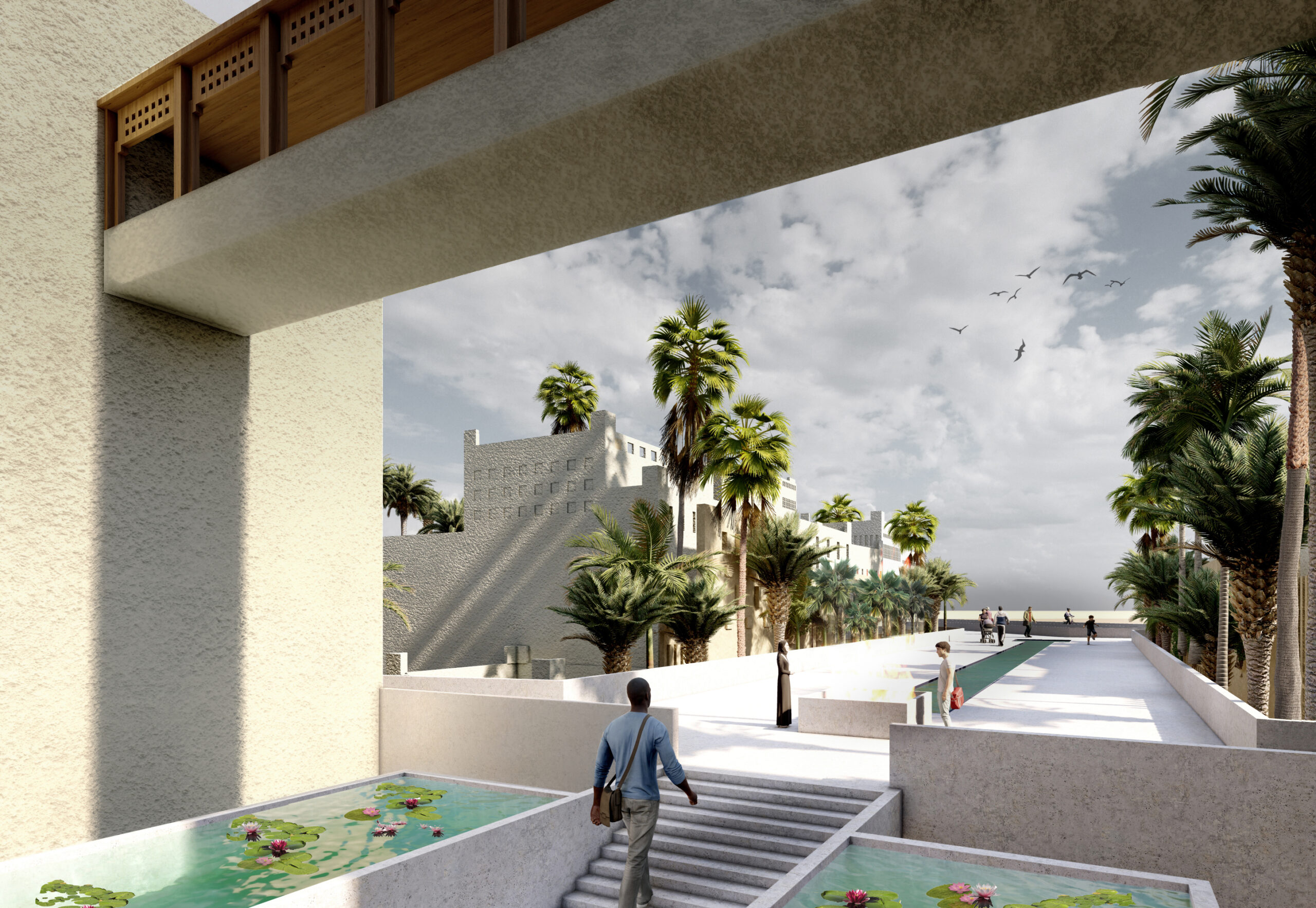 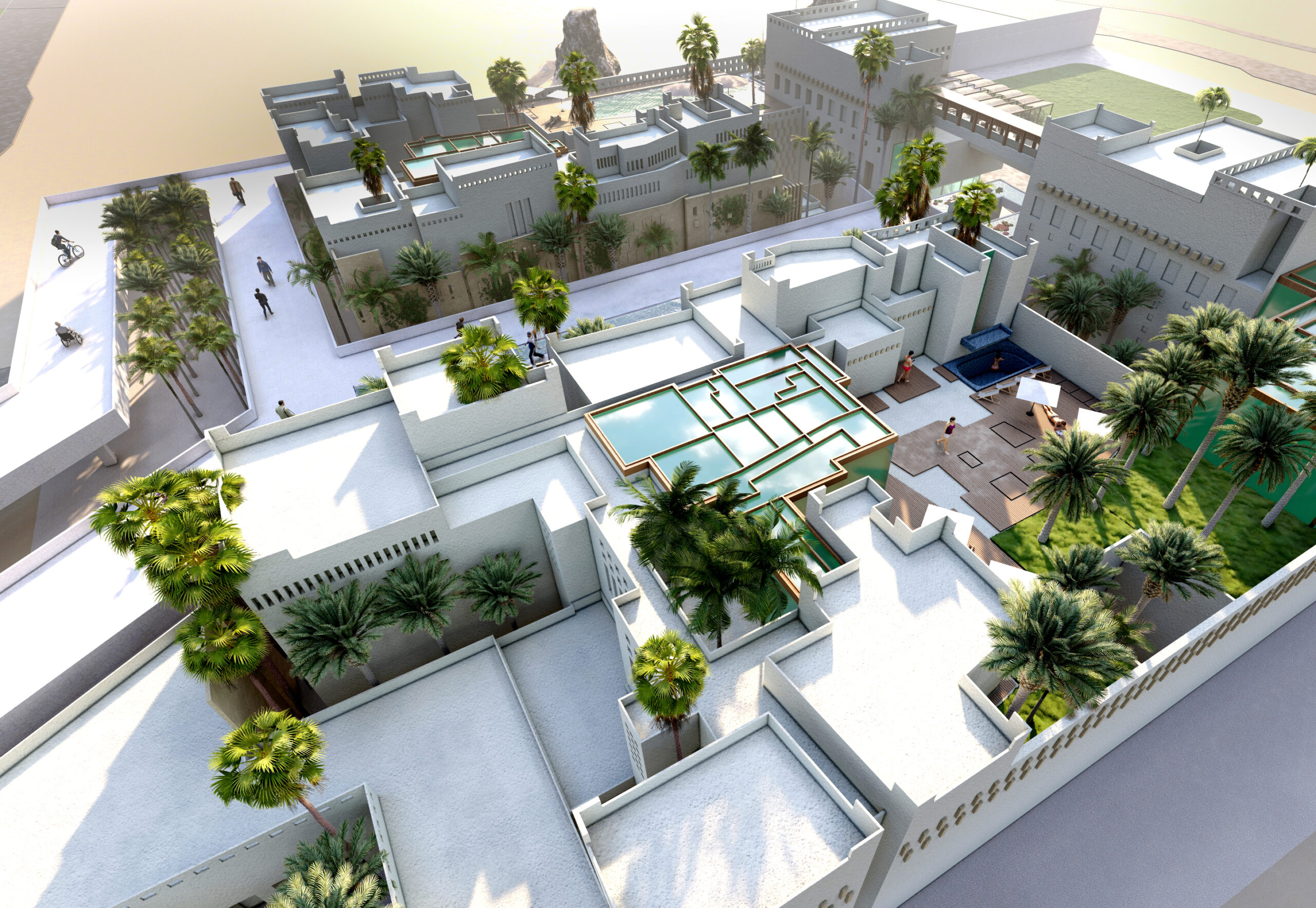 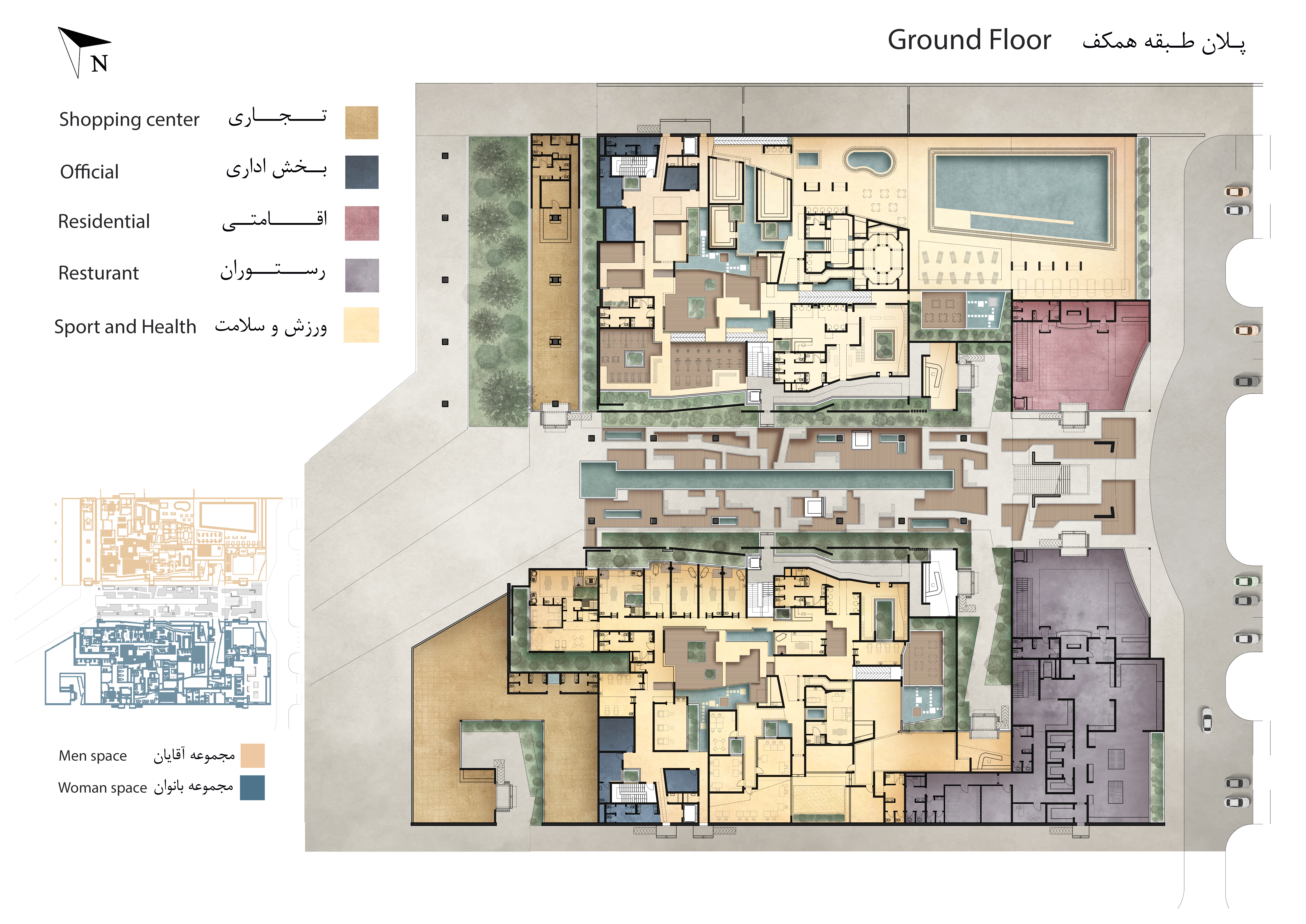 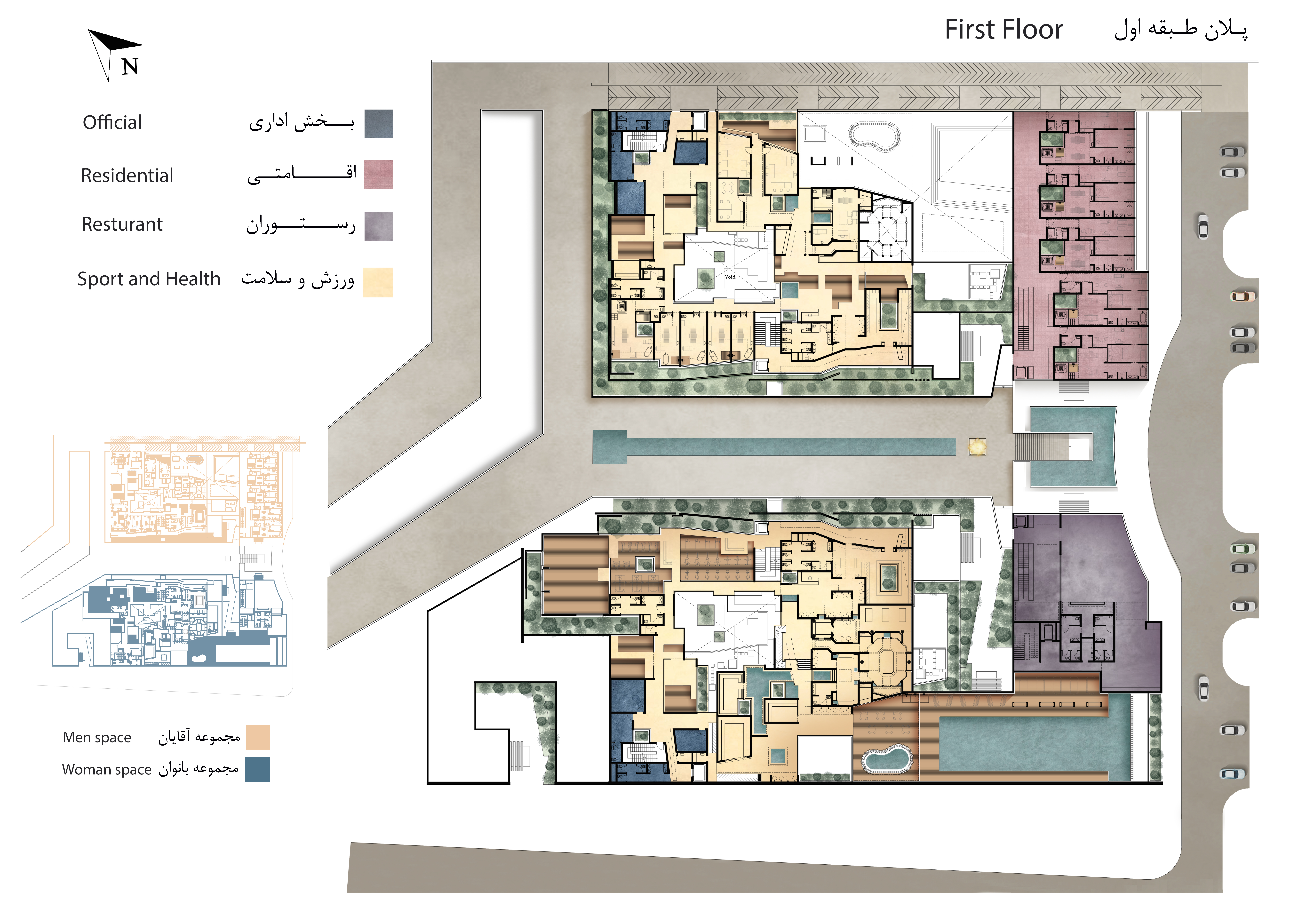 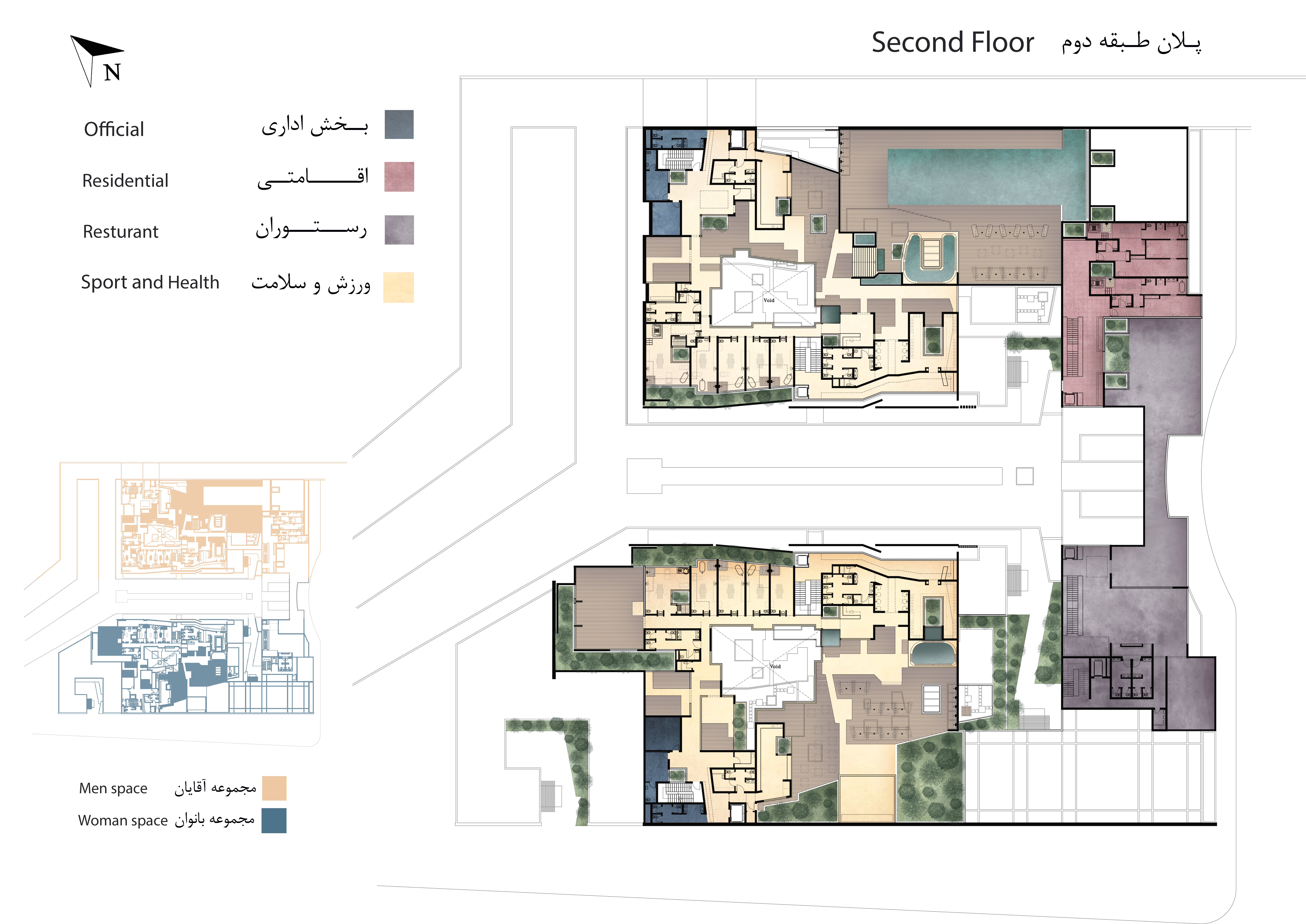 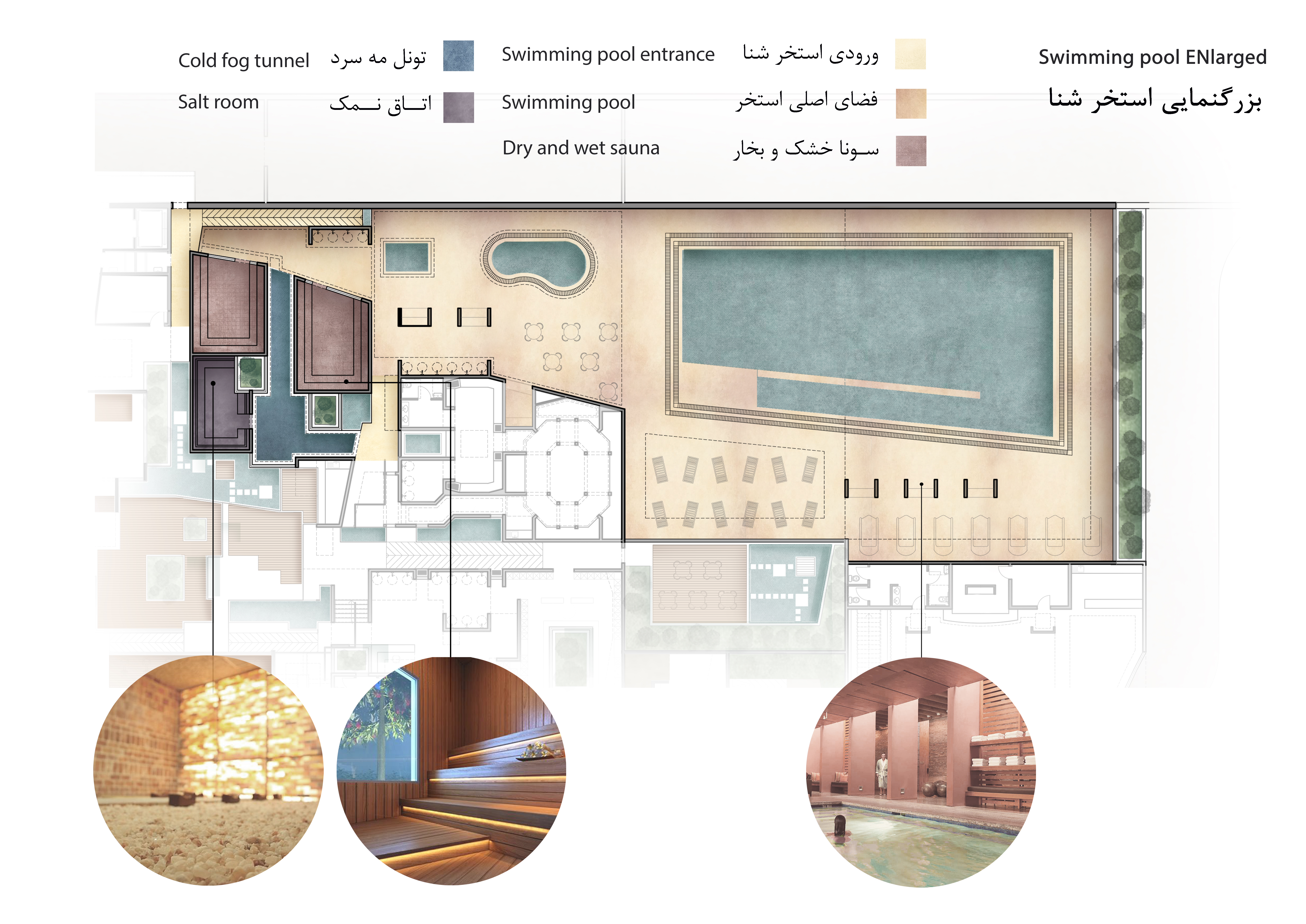 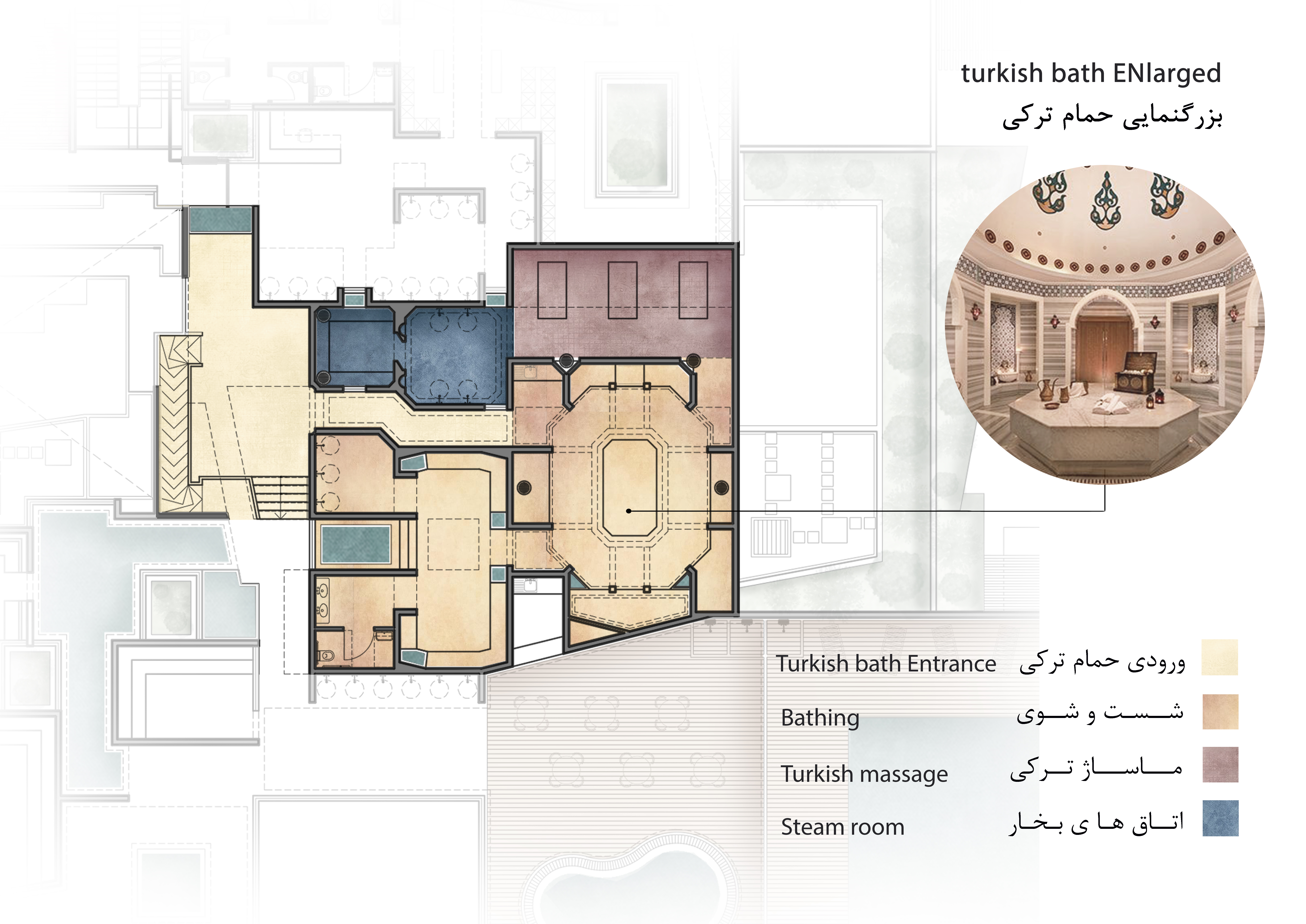 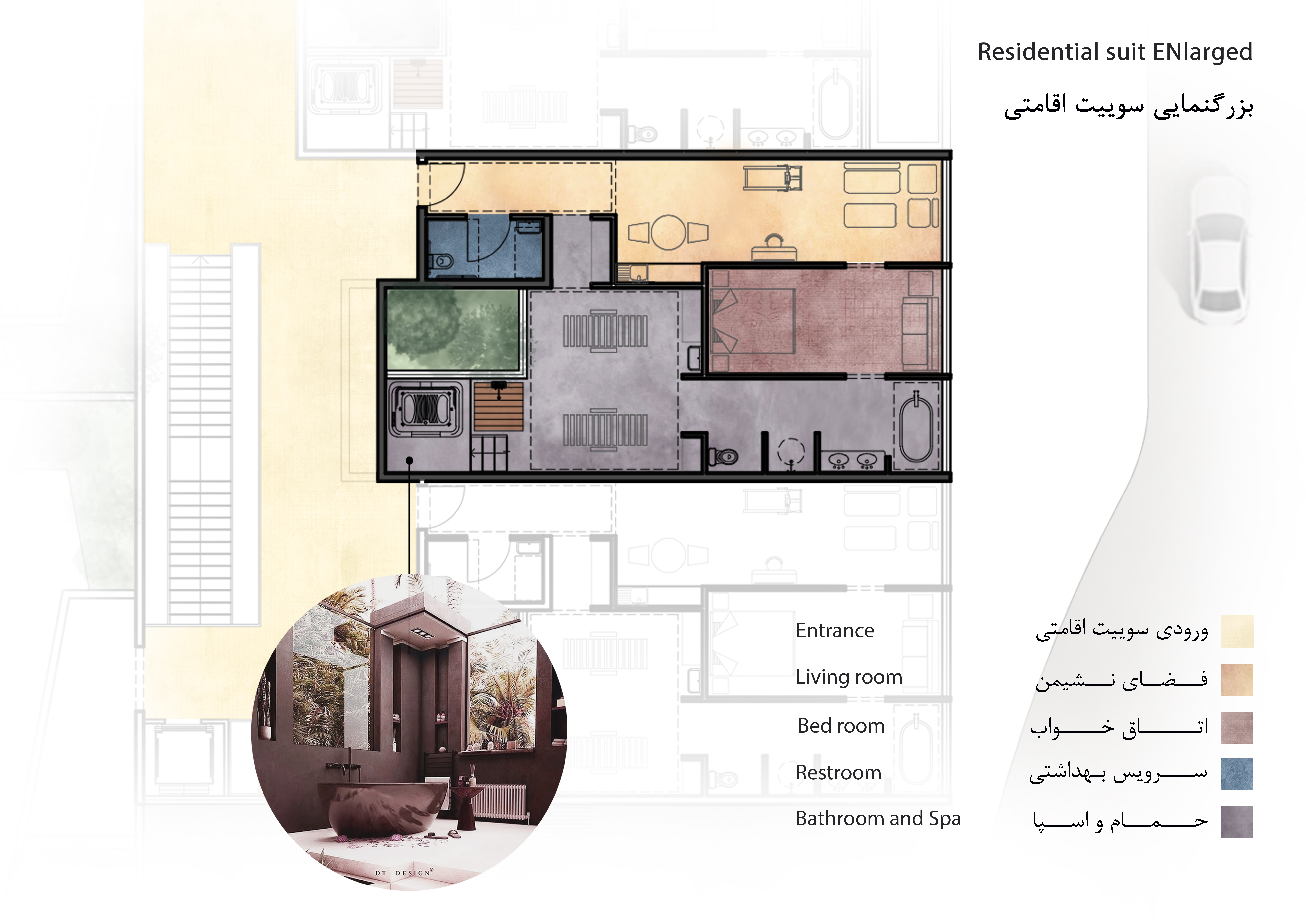